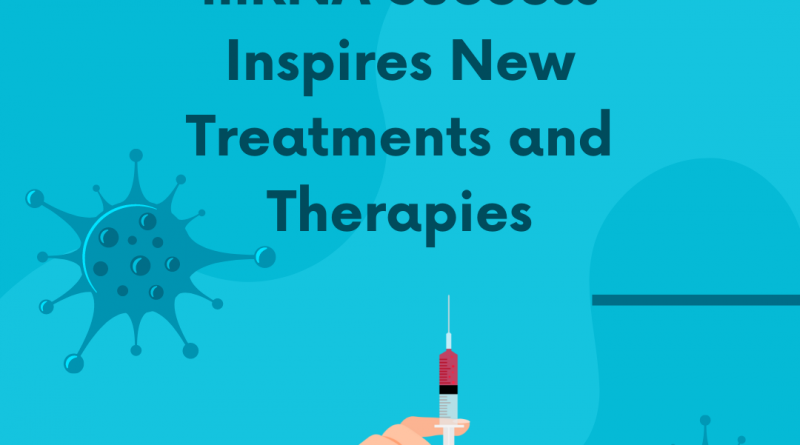 Despite fear-mongering trepidation towards “novel” mRNA-based vaccines, Moderna and Pfizer have been demonstrating how well their COVID-19 vaccines function over the past two years, with little to no side effects. Despite their work being the first mRNA vaccines to reach mass production, the technology itself finds its roots in Robert Malone’s landmark experiments from 1987, decades before the current pandemic. Now, more and more vaccines and treatments are emerging and getting clinical trials after COVID-19 trailblazing efforts.

Your body itself relies on messenger RNA (mRNA) as blueprints to synthesize proteins essential for function. Much like DNA, RNA uses nucleotides (G, U, A, C) as a script to convey genetic information and is read by ribosomes to initiate production. In 1987, Robert Malone, a graduate student from the Salk Institute for Biological Studies in La Jolla, California, added strands of mRNA to droplets of fat and introduced this concoction to human cells. Much to his surprise, the cells began to produce the desired proteins from the absorbed mRNA (Nature, 2021). Today’s COVID-19 vaccines rely on this effect and inject specifically sequenced mRNA into your body, causing your own cells to produce a small fragment of the coronavirus to initiate an immune system response. While simple in theory, decades of research in biochemistry and pharmaceutical sciences were required to ensure the proper delivery of the mRNA, cost-effective synthesis of mRNA in a lab, and modifying the mRNA itself so the body doesn’t attack it before it can be transcribed.

While most of the world is focused on the current pandemic, mRNA vaccine technology is widely applicable to a number of conditions, including HIV. This January, Moderna has announced early-stage clinical trials of an mRNA-based HIV vaccine in conjunction with the nonprofit International AIDS Vaccine Initiative (IAVI) (Global News, 2022). At the height of the AIDS epidemic, more than 50,000 deaths were reported every year, a number which many assumed as underreported given the political climate. Present-day, the condition is highly manageable with treatment, yet no vaccine has ever been developed that got past late-stage trials. The hope is that by using mRNA technology, which has proven to elicit a stronger immune system response with COVID-19, “broadly neutralizing antibodies” can be produced to fight the disease. While promising, the trial is still relatively small scale; it will test 56 healthy, HIV-negative adults.

A new paper published recently in Science has also found applications for mRNA to treat cardiac fibrosis, a condition where heart tissue has stiffened or scarred. The paper uses mRNA technology to produce a particular type of cell that will target the fibrotic cells within the heart (Rurik et al., 2022). Chimeric antigen receptor (CAR) T cell therapy is an up-and-coming therapy primarily being used to treat cancers. By introducing specific mRNA, T lymphocytes (a type of white blood cell) are reconfigured to contain the necessary receptors or CARs to bind to target antigens expressed on cell surfaces (Sterner, 2021). According to the authors, the ability for CAR T-cells to be generated in-vivo (within the body) is the major accomplishment that could be translated to several different therapies. Additionally, unlike cancer, patients suffering from fibrotic disorders will benefit from treatment even if some fibrotic cells remain.

While the science is speaking for itself on how versatile this new technology can be, there is still cause for concern behind the availability of these life-changing drugs if they come to market. While AstraZeneca and Johnson & Johnson both pledged early on to provide their COVID-19 vaccines on a nonprofit basis until the end of the pandemic, Pfizer and Moderna, who both use mRNA technologies, have profited massively on selling their product for more than 30 USD per person (based on the recommended two doses) (The Guardian, 2021). Pfizer expected sales of up to 30 billion dollars in 2021. Many criticize how wealthy countries secured more than 87 percent of their vaccines, leaving poorer countries with a 1 in 500 vaccination rate comparatively (NY Times, 2021). Those following global events will know that the HIV epidemic is still rampant in poorer countries. While our global HIV prevalence in adults sits at around 0.7% as of 2020, countries in South Africa see greater than 10% prevalence between the ages of 15-49 (KFF, 2021). Whether the medicine will go to those who genuinely need it will be up to the major pharmaceutical companies developing the drugs.