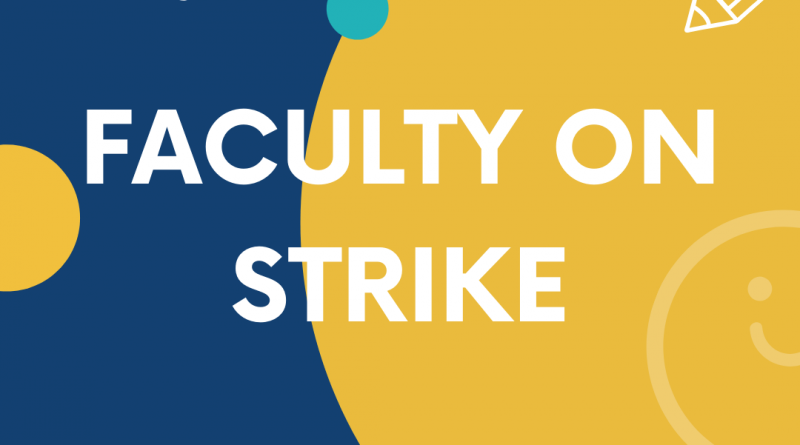 Students at the University have been receiving emails about the ongoing negotiations between the University of Lethbridge Faculty Association (ULFA) and the University Board of Governors (the Board), but what do they mean exactly?

ULFA members (professors, instructors, and librarians) have been without a contract since June 30th, 2020. Negotiations between the two came to a halt on January 17th, 2022, when mediation broke down. This led to a two-week cooling-off period. A vote to strike will be held by ULFA members on February 2nd – 3rd, 2022. The vote to strike is one form of “job action” that can occur. A strike is an action that a union (or, in this case, a faculty association) takes that essentially withdraws labour from an employer. It is important to note that if the ULFA votes “yes” to strike, it won’t immediately happen. Rather, a “yes” vote is used more as a negotiation tool as employers are motivated to negotiate more seriously and settle before the strike deadline. The second form of job action that can occur is a lockout. A lockout is exactly what it sounds like: the employer literally locks out the employees from accessing buildings, emails, and other university websites/software. This was referenced in the two emails sent out to students. If a vote “yes” occurs, ULFA must submit a 72-hour notice in advance of striking.

The email students received said, “a Faculty Association strike will halt all faculty-led student learning and research opportunities at the University. Prolonged instructional delay threatens student outcomes and may result in the loss of the entire Spring 2022 semester.” The unsigned emails sent by the university contradict the intent of ULFA as ULFA members have chosen not to strike against research and other scholarly activity. In response to the email, ULFA said, “This is a reckless decision, both because it will damage the long-term reputation and standing of our University and because cutting off online services may impact the health and safety of our students and the general public. It affects researchers who work with human subjects or whose ethics approvals require them to provide researcher email addresses. It also prevents students from contacting their instructors, even though such instructors are often the first point of student contact for emergencies (mental health, etc.).” ULFA also noted that they are not planning on abandoning students and encouraged members to send out alternative email addresses to students so instructors can still be reached when the strike occurs. “It is in nobody’s interest to harm the future success of our University or risk the health and safety of our students and other Albertans in order to gain short-term tactical advantage at the bargaining table.”

The idea of post-secondary institutions having the right to strike is a relatively new concept in Alberta. In April of 2017, the provincial government introduced legislation that allows academic staff at universities (faculty associations, graduate students, and post-doctoral fellows) the right to strike. The University of Alberta’s Students Union has an excellent and helpful report outlining post-secondary strikes in Canada. It can provide some background information on what happens before and after a strike (you can find the link at the end of the article).

ULFA says that three main ideas have been unresolved in negotiations. The first one is equity. In a media release, ULFA says that “Sessional lecturers are the University’s most poorly paid members. They have no job security and do not receive funds to cover professional expenses. The Board will not commit to anything beyond tweaks to existing language to address this inequity. In addition, the Board will not provide any health benefits to sessional lecturers, many of whom have been working in this precarious position for years.” The second idea is parity. In the past, ULFA and the Board have used five universities as salary comparators in the collective bargaining process. Front line educators at the University of Lethbridge are paid substantially less than educations at these other institutions. Joy Morris, a ULFA Negotiating Team member, said in the media release, “The financial offers on the table will not even keep up with inflation and will certainly not result in salaries that are competitive enough to attract and retain high-quality researchers and educators; this is especially hard on our newest Members and our sessional lecturers.” The final idea outlined by ULFA is respect. “During the worst budget cutbacks of a generation and an aggressive restructuring plan, the Board has limited faculty and students’ ability to contribute to the University’s decision- making. The Board also refused to allow Members a say in how their own money will be spent on benefits like vision and dental care.” Despite the rising tensions, ULFA is still hopeful that a settlement can be reached. In the media release, Locke Spencer, ULFA’s Chief Negotiator, said, “as we have seen at Concordia University of Edmonton and the University of Manitoba, we can reach an agreement. It just requires an employer prepared to bargain in good faith on these important issues.”

The Meliorist reached out to the U of L Student Solidarity and Action Council (SSAC) to talk about the ongoing faculty-board negotiations. SSAC is a student-led group that aims to provide students with accurate, transparent, and prompt information about the negotiations, as well as the restructuring of faculties and departments at the University. Ashley Pollock, an executive member of SSAC, said, “we aim to provide students with all of the relevant information put out by the three largest contributors (The University’s Board of Governors, The Faculty Association, and the Student’s Union) so that they may easily access information and critically consider what is being said.” “The need for this group arose as we realized that there was a significant disruption in the chain of information between students and the university at large,” said Pollock. “Our Facebook page is a space where members of the university community can find information from all contributors, voice their concerns, and ask questions.” SSAC believes that the student body deserves to be informed and consulted when it comes to serious issues like the recent negotiation breakdown and restructuring proposals at the University. “It is the responsibility of the university to keep their primary stakeholders informed of jarring transitions which will impact not only the quality of students’ experience but also the continuity of study.” Pollock added, “there is no reason that students should only now be made aware of the potential consequences of failing negotiations when the negotiations have been ongoing for over 500 days.” Pollock wants students to remember that “what is good for faculty is ultimately good for students. Though this time is stressful and filled with many unknowns, remember this is an attempt to make our university better.”