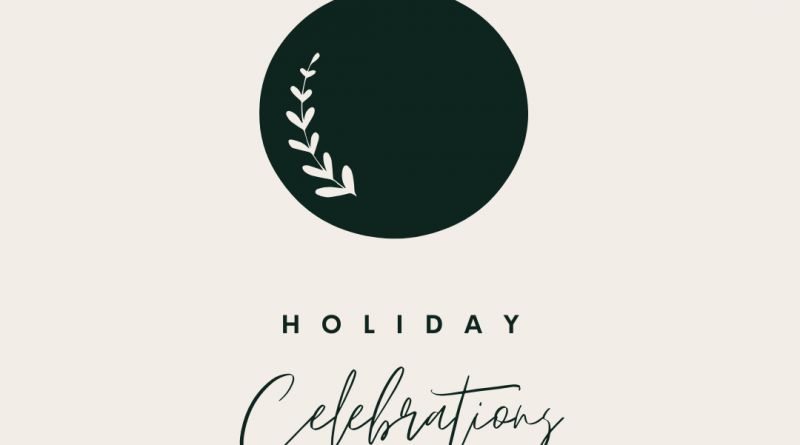 The holiday season is upon us. It is time to be festive and respectful. When we think about the holiday season, most people think and look forward to their respective holidays that they practice. Things like Hanukkah, Diwali, Yule, and Christmas are all events that come to mind around this time of year. No matter what the holiday is, the festive season is a popular time of the year that many look forward to. What are the origins of these holidays though? How were they formed? Why were they formed? Now, this will be done with the utmost respect when discussing these inquiries because of the religious and cultural connotations. I will be analyzing the aforementioned holidays and their historical origins as well as their religious stories. It is also important to note that differing opinions and ideas will be explored in this article, this is not meant to denounce the religious importance of these stories and religious holidays to their respective religions.

Hanukkah usually begins on the 25th of Kislev, the Hebrew calendar, which falls sometime in November or December. It is often referred to as the Festival of Lights, perhaps this is associated with the lighting of the menorah. According to the Talmud, one of Judaism’s most central texts, Judah Maccabee and the other Jewish people who took part in the rededication of the Second Temple after it was sacked by Antiochus IV witnessed what they believed to be a miracle (Onion, Sullivan & Mullen, 2009). Antiochus IV was the ruler of the Seleucid Empire of Helenistic Syria from 175-164 BCE (Volkmann, 2021). Judah Maccabee and the other Jewish people that refused to convert to Grecian culture rededicated the Second Temple with the untainted oil; however, there was only enough untainted olive oil to keep the menorah’s candles burning for a single day. The flames, regardless of the limited oil, flickered for eight nights. This left them them time to find a fresh supply. This wondrous event inspired the Jewish sages to proclaim a yearly eight-day festival. (Onion, Sullivan, & Mullen, 2009). Some modern historians offer a different interpretation of the Hanukkah tale. Jerusalem under Antiochus IV had erupted into civil war between two camps of Jewish people: those who had assimilated into the dominant Greek and Syrian culture; and those who were determined to keep their Jewish laws and traditions. The traditionalists won, with the Hasmonean Dynasty (140 BCE – 37 BCE)—led by Judah Maccabee’s brother and his descendants—wresting control of the Land of Israel from the Seleucids and maintaining an independent kingdom. Scholars have also suggested that the first Hanukkah may have been a belated celebration of Sukkot, which the Jewish people didn’t have the chance to observe during the Maccabean Revolt. One of the religion’s most important holidays, Sukkot, consists of seven days of feasting, prayer and festivities (Onion, Sullivan, & Mullen, 2009). This, of course, is based on historical evidence found onsite at these ancient locations and documentation. Regardless, Hanukkah is a beloved celebration of Judaism and is a symbol of victory for the Jewish faith. A story of overcoming oppression and celebrating those who liberated and protected the Jewish people.

The story and history behind Diwali is steeped in Hindu culture and a lively festival at that. The name is derived from the Sanskrit term dipavali, meaning row of lights. Sanskrit is an ancient form of writing originating from the Middle East in 1700-1200 BCE. Diwali is associated with Hinduism, Jainism, and Sikhism. It typically lasts for five days from the 13th day of the dark half of the lunar month Ashvina to the second day of the light half of the lunar month Karttika. These months usually fall in late October and November when we associate it with the Gregorgian calendar, or more commonly referred to as the universal calendar that many use and follow today. There are various forms of traditions associated with each religious branch, but many of them light oil lamps to invite the warmth and good fortune of the goddess Lakshmi. Each day of Diwali has a name and an associated event. The first day, known as Dhanteras, is dedicated to cleaning homes and purchasing small items of gold. Lakshmi is the focus of worship on that day. The second day, called Naraka Chaturdashi or Choti Diwali, commemorates Krishna’s destruction of Narakasura; prayers are also offered for the souls of ancestors. On the third day, Lakshmi Puja, families seek blessings from Lakshmi to ensure their prosperity; light diyas (oil lamps), candles, and fireworks, and visit temples. It is the main day of the Diwali festival. The fourth day, known as Goverdhan Puja, Balipratipada, or Annakut, commemorating Krishna’s defeat of Indra, the king of the gods, is also the first day of Karttika and the start of the new year in the Vikrama (Hindu) calendar. The fifth day, called Bhai Dooj, Bhai Tika, or Bhai Bij, celebrates the bond between brothers and sisters. On that day, sisters pray for the success and well-being of their brothers ( Encyclopedia Britannica, 2020). This celebration is very family focussed and community-based within the Hindu, Jain, and Sikh traditions. It is based on exchanging gifts and wishing each other well in the new year. There also appear to be various reasons for religious groups to celebrate Diwali. For Jainism, it is to commemorate the liberation and enlightenment of Mahavira, the most recently known Tirthankaras (victor), from the cycle of life and death (Encyclopedia Britannica, 2020). These ideas and rituals have been passed down for centuries, long into the Bronze Age (3300-1200 BCE) and remain one of the most celebrated holidays in most parts of India. What their historical origins may be, I am unsure, as it is unclear as to where this holiday may have originated from. Regardless, it is a tale as old as time, and it is a beautiful way to celebrate the new year with friends and family.

We come to one of our final and largest holidays celebrated throughout the world. Christmas is a very popular holiday celebrated in December on the 25th according to the Gregorian calendar. It is typically associated with the Christian faith. Now, hopefully, you would have noticed that I have put Yule in the title of this next section. Yule is a holiday celebrated around the winter solstice, the 21st of December, and is typically associated with the Wiccan faith. Why have I lumped these two holidays together? They seem to be vastly different. However, that is not the case. Let us go all the way back to Rome in 63 BCE when the Romans had conquered the Jewish holy land, Israel. Undisturbed by the change of ruling, the Jewish people continued to practice their faith, and Jesus and his disciples (followers) made up one sundry of the many branches of Judaism (Feldman, 1997). Jesus would become associated with one of the fastest-growing religious faiths that his disciples would create (Feldman, 1997). Eventually, civil unrest broke out under the oppression of the Romans, and 66 CE saw a rebellion of the Jewish civilians. The leaders of these insurgent corps were often referred to as “kings” or “messiahs”—as many claimed to be the Jewish Messiah. In Judaism, the Messiah often was (and is) understood to be a political leader who will usher in Jewish sovereignty and world peace (Christians later transformed this Jewish concept so that the Messiah became God incarnate) (Feldman, 1997). This is where we get the association of Jesus being a Messiah in the context of the Christian faith, as Jesus became labelled a Messiah and the Romans viewed him as a political threat. They likely crucified him after capturing him during this rebellion. These are the origins of Christianity becoming a religious practice, but what does this have to do with Yule and Christmas? Well, Yule was being celebrated in Northern Europe around this time. Spirits of the dead were often remembered, evergreen symbolizes eternal life, and the Scandanavians would light mass bonfires to honour the rebirth of the sun, and the Druids of the Celts believed that mistletoe held magical powers (Cacha, 1980). The use of a Yule log was during feasts of Yuletide, and the log was believed to hold magical powers within the ashes once burnt and from the dripping candle wax (Cacha, 1980). All of these symbolic ideas from Yule were adapted into Christian traditions once missionaries made their way north during the early Middle Ages. Now, this is not to dissuade or diminish Christmas traditions for those who celebrate, but rather it is a key insight into where their traditions originated from and why they were adapted in this way. The crown of thorns on Jesus when he died was believed to have holly attached to it, holly in the Yule tradition of the Saxons, was used to symbolize the rebirth of the sun (Cacha, 1980). The burning of the Yule log with candles lit on it during feasting, having an open fire during Christmas feasts. Homes are decorated with holly, evergreen, and mistletoe. The reality is, much of Christmas traditions have pagan origins, and this is not a bad thing but rather a demonstration of how interconnected we all are during the holiday season.

As you would have noticed, reader, from perusing this article there are a lot of similarities between these holidays that have been described. Stories and beliefs are what rally humanity to each other and allow people to bond together. Now, holidays have become that symbol of wholesome exchange between others. Despite capitalist intentions, at the center of these holidays is human connection. Rather than believing people are copying or plagiarizing one another of holiday traditions, perhaps, and this may be my personal bias, look at the similarities and differences as humanity coming together to celebrate the new year and their families. It is natural for human history to be cyclical and for events associated with different seasons and religions to have an air of similarities. This is simply how humanity develops and forms as we express ourselves through culture and beliefs. What I hope for is that you found this insightful and a learning experience. No matter what holiday people celebrate, it is a wholesome way of bringing family and friends together as the new year falls upon us and invites new and exciting adventures. I wish you all a happy and safe holiday season.