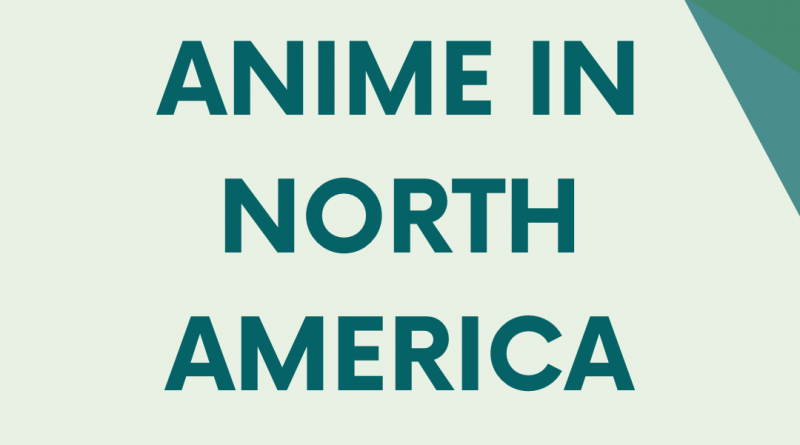 A cultural phenomenon is on the rise within the continent of North America. Arguably in Europe as well, but for the purposes of this article, I shall discuss the borders of North America, more specifically the northern hemisphere. America and Canada have seen a recurrent consumption of Japanese content since the 1980s. America has had more of a hand in consuming Japanese culture, but in recent years as streaming services provide more access to Japanese animation and Korean dramas, there has been an increase in the consumption of East Asian content. However, for the purpose of this article, I shall only focus on Japanese animation, or more commonly known as “anime.” With the increase of viewership of anime, we see the development of cosplay, recipes modelled after anime food, anime cons, J-Pop bands becoming popular among younger audiences, and social media influencers that advertise Japanese products. A global community is able to come together and connect over their love of anime However, this can have negative ramifications as well. I will explore both sides of the argument and provide some historical insight into the phenomenon of anime.

Let me begin by stating a simple definition of what anime is. Anime or Japanese animation, grew out of what is known as Japanese comics or manga. The unique stylization of anime is owed to manga, with its extremely wide eyed characters and large or smaller proportions of bodies. According to Price, this form of animation became popular in Japan from Osamu Tezuka trying to emulate Walt Disney’s animated projects, but simply lacked the funds to do so; Tezuka would put cells of drawings together but only select certain things to move, such as the mouth, or eyes and thus began the foundation of Japanese animation (Price, 2001). Osamu Tezuka, also known as the “Godfather of Manga,” “The Father of Manga,” or “The God of Manga,” introduced manga that would become increasingly popular and socially acceptable for adults to indulge in manga, by including heavier topics such as rebirth, shame, death, faith, responsibility and self-doubt (Price, 2001). Topics that I am sure everyone in all stages of life struggles with. The unfortunate truth about anime however is that many people distinguish anime as another form of cartoon that is only for children, when in reality it was intended to reach audiences of all ages.

The Significance of Anime in North America

Now that we have established the intent behind anime and it’s origins, let’s move onto the discussion of why it is significant in North American culture. Anime becoming a global phenomenon is likely attributed to the popularity of it among younger generations. However, series such as Berserk (1989), One Piece (1997), Deadman Wonderland (2011), and Tokyo Ghoul (2011) contain adult themes such as violence, sexual themes, and gore, but also discuss political upheaval and social unrest that mimics much of society’s own issues. The anime/manga that I have mentioned are older but many people that indulge in Japanese animation would have grown up with the shows and comics when the shows originally aired. Creating stories that are critically engaging and emulate themes that are relatable in our own society promotes not only the anime itself, but also critical thinking that can be applied to our own societal issues. The success of One Piece is evidence of that, with 14 feature films, 13 special home-video productions, 32 video games, more than 50 original songs, 996 episodes (and counting), and 1030 chapters (and counting) (Pellitteri, 2021). A series that engages the audience with characters that want to pursue their dreams and fight for their dreams, while pushing against the constraints of the oppressive government, and encountering themes such as prejudice, rascism, human trafficking, genocide, and slavery. Now, this does not mean that all anime is like this, nor does it mean that all anime should be like this; however, this could be a reason why One Piece is so successful internationally.

International groups of people that enjoy Japanese animation are sometimes referred to as Otaku, a term that originated in the early 1980s wave of subcultures that marked a new type of fan consumers (Saito, 2014). However, these were not considered to be a “normal” form of consumers. These fans actively seek comprehensive knowledge and often have erotic fantasies about visual and textual products, thereby differentiating themselves from “normal consumers” (Saito, 2014). Otaku are an extreme version of normal fan consumers that end up fetishizing Japanese culture. Even traveling to Japan for anime reasons, also known as “pop culture tourism” has become classified as otaku pilgrimages that allow individuals to visit places that were already sacred in the religious sense long before the media sensationalization began to take place (Hernández‐Pérez, M., 2019). This is not to suggest that trips to Japan should not be taken because of the influence of media produced by Japan, but being conscientious of Japanese culture and society is of the utmost importance. Especially understanding that Japanese society is not what is emulated in anime at all, as many otaku’s fantasize what the culture is like, and have an altered view of what Japanese culture is.

So why is it so important then to learn about the significance of anime in North America? It is important to note because of its significant rise in popularity as anime communities become larger and more prominent. Calgary Alberta holds an anime con every year known as Otafest, it is a convention where cosplayers, and avid Japanese content consumers can experience and celebrate anime/manga content. Otafest lasts for four days in May, usually over the May long weekend, and entertains thousands of people across Alberta and sometimes further away in Canada. Essentially a safe space for those who indulge in Japanese content to connect with others who also enjoy Japanese animation and comics. The con brings beloved voice actors and big name cosplayers of the anime community together, and allows independent artists a chance to show off their artwork in the Artist Alley. It is meant to be enjoyed by people of all ages. Especially the gender-affirming or ambivalent successes cosplay has had with gender-fluid or transgender individuals. Cosplay is arguably a way for people to express their gender or lack thereof in a safe environment without fear of judgement, or worse. However, that is a topic for another article.

It is also important to note the rise in otaku culture in North America because of the negative connotations that can arise from it. A fetishism of Japanese culture continues to rise with the exponential growth and recognition of the influence of anime in North American media. Again, this is not meant to discourage the community of anime watchers and manga readers from indulging in their beloved content, but to be respectful of the origin of the content they are partaking in and to look into how to be better about the media they consume. It is easy to invest in travel brochures and with the easy access to the internet many people possess these days, researching international laws and customs when traveling is always a good idea. There is no harm in being respectful and kind to another person and their culture, and the safest route to avoid trouble is to do the necessary research to avoid confrontation.