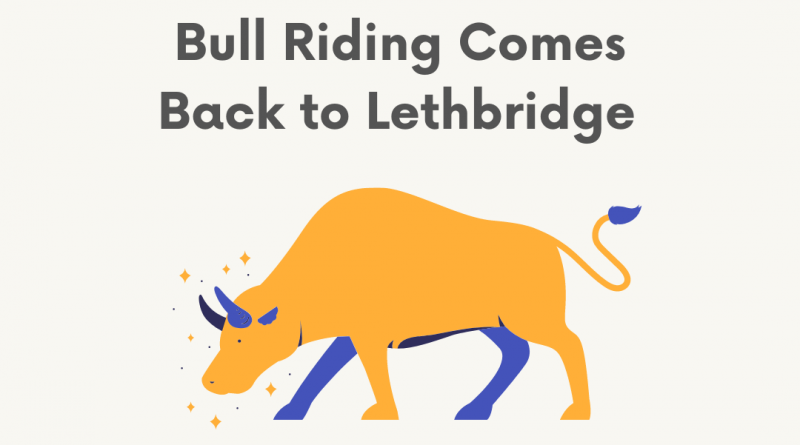 *Author’s Note: This article was submitted for publishing before the event took place. Results of the event can be found at pbrcanada.com.

Professional Bull Riding (PBR) returned to Lethbridge on August 27th, marking the beginning of the 2021 Cup Series. This Series features some of Canada’s best bull riders and some of the best internationally ranked riders. It also marked the first indoor, in-person event the Enmax Center has held since March 2020 after its sudden closure due to the COVID-19 pandemic.

“[Lethbridge is] definitely a favourite for not only the fans, but for the contestants, and our entire staff. It’s going to be a heck of a homecoming because that’s where we left it before the pandemic.” PBR Canada’s General Manager, Jason Davidson, said.  “We’ve built a great product with the city of Lethbridge over the last 20 years, and I couldn’t imagine starting it off anywhere else.”

When asked about what kind of person it takes to ride a bull, Jared Parsonage, the number 1 ranked cowboy in the PBR Canada National Standings said, “there’s not many things you do in this world where the odds are this heavily stacked against you. If you get a qualified ride half the time you’re very, very successful. It’s not for everyone, but for the guys that it is for, they crave the challenge and everything that comes with it.”

“It’s a big production. It’s not your classic rodeo event. There will be fireworks, music, and there’s always something going on,” said Parsonage. He’s excited about coming to Lethbridge, saying it is “one of the best events of the year, hands down.” He said it’ll be fun to be in a big building indoors with a big crowd.

Davidson said, “[PBR is] like a rock concert, WWE, freestyle motor cross, NASCAR, all rolled into one. There’s a lot of stuff going on and there are no referees to blow whistles to stop them. [PBR is] the ultimate contest of man vs. beast, and you don’t want to miss anything when the gate opens.” Davidson said, “we have some of the greatest fans in professional sport, and anybody that’s been to the PBR event in Lethbridge can attest to that. It’s an atmosphere that I wish I could take with me everywhere I go because it is something special.”

The next stop for the PBR Cup Series is October 1st in Grande Prairie, Alberta.