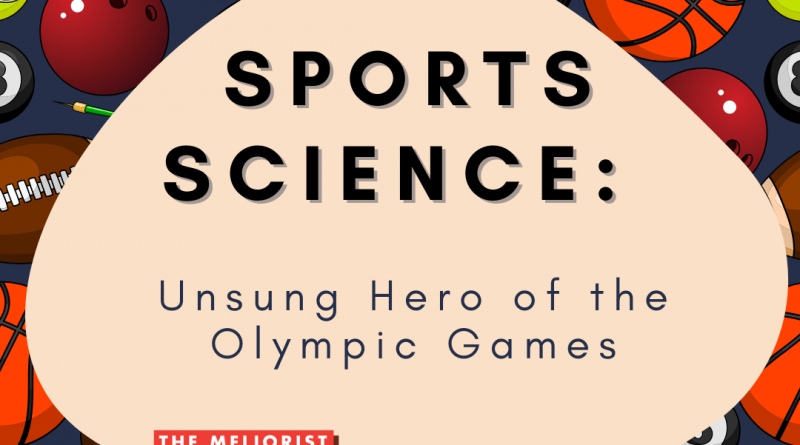 “Faster, Higher, Stronger – Together” is the official motto of the Olympic games, and if you took a side-by-side comparison of athletic performance over the years, you would see that it holds true. The men’s Olympic gold for the 100m dash was 12.00 seconds in 1896, compared to Usain Bolt’s 9.69 seconds in 2008. A simple flip off the vault in the 1970’s pales in comparison to the mouthful of words needed to describe Olympic level routines in 2021. The Amanar vault attempted by Simone Biles in the 2021 Tokyo Olympics, for example, consists of “a roundoff into a back handspring off the vaulting platform into two and a half twists in a back layout salto off the table.” It’s no question that today’s athletes are starting from a much younger age, and accessibility has increased dramatically over the past decade; but is that enough to account for the mind-boggling increase in performance over the history of these competitions?

This is where the topic of sports science comes into play. The psychology behind performing under pressure, the neuroscience behind hitting a 150 km/h ball, the data science behind optimizing training, and the physiology behind building the perfect living machine all come together as the best athletes in the world aim for a gold medal.

Mental health has become an increasingly prevalent topic, and there’s no exception when training for the Olympic games. Lily Williams, a cyclist who competed in Tokyo with Team USA, says, “I honestly don’t know how you could do it without a sport psychologist, our job is basically to go hurt ourselves as much as possible day in and day out, and it’s really helpful to have somebody help you disassociate that kind of work from feelings of negativity.” Aside from mental health, psychologists also help Olympians deal with performance anxiety, improve focus, and navigate distractions.

On the neurological side of things, new cutting-edge training programs are also at work. Research suggests that it takes at least 250 milliseconds for the average person to begin moving after seeing a stimulus, with reaction times doubling if decisions on what moves to make or what strategy to employ were also at play (Drew, 2021). Projectiles in elite sports such as baseball and tennis travel from one player to another in as fast as 400 milliseconds, making snap judgement calls necessary for top-tier competitors. Bruce Abernathy, a behavioural scientist at the University of Queensland, Australia, suggests a three-stage analysis athletes use to strike these projectiles: an initial pre-play assessment on likely strategies the opponent will employ, followed by the crucial extraction of information from their opponent’s body movements, culminating in the body’s reaction to the incoming stimulus. What proved to be key was the incredibly skilled biomechanical analysis that top-level competitors were able to do subconsciously, as well as the predictive eye-tracking that comes with experience. Currently, in the world of baseball, some athletes are turning to VR technology to help speed up their decision-making process. 3D avatars of their opponents are shown to throw pitch after pitch, allowing players to make snap judgement calls on whether the pitch is a strike or a ball, a fastball or a curveball.

Data science and statistical analysis are also at play when it comes to perfecting training regimens. Alessio Rossi, a former athlete and current postdoctoral researcher at the University of Pisa, Italy, compiles and analyses data to help athletes walk the fine line between peak performance and injury. These days athletes wear a myriad of gear while training, including accelerometers, monitors for heart rate and oxygen saturation, smart gear to track body positioning, and even equipment to track sleep quality and body temperature.  Analysis of this data can help make minute changes to one’s form, but also track over-exertion and predict injuries.

When it comes down to it, a person’s physiology is probably one of the most important factors at play in the realm of competitive sports. Although much is governed by your genetic predisposition, how often you train, what you eat, down to even what’s happening inside your cells, are considered when crafting the perfect human-machine. Francesca Amati, an exercise physiologist at the University of Lausanne, Switzerland, says that enzymes in your body can adapt to regular exercise, forming complexes that improve the efficiency of mitochondria, which in turn power your cells. The bodies of highly trained athletes may be fine-tuned even further on a cellular level, she adds, by storing fat globules (which are burned for energy) closer to mitochondria (King, 2021). “The quality of training and the type of training does impact mitochondria,” agrees David Hood, a mitochondrial scientist at the University of Toronto, Canada. Advancements in this field provide a scientific basis for the training regimen of modern competitors, adding to the decades-long trial and error methodology employed by sports physiologists.

“One minute of performance on-stage, ten years of work off-stage” goes the Chinese adage, which accurately describes the careers of Olympians. Although most of the work is done behind the scenes, advancements in sports science have paved the way for most, if not all, of the competitors at the 2021 Tokyo Olympic games. From mental to physical performance, it truly allows us to go faster, be stronger, and aim higher.