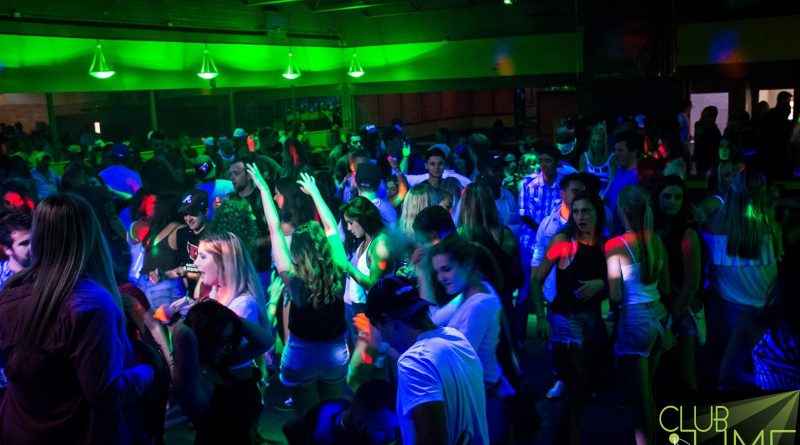 No sector has been left untouched by COVID-19 but nightlife has arguably suffered the most at its hands. A business based on getting large numbers of people into small spaces is directly at odds with the measures necessary to slow the spread of COVID-19.

“Most people have a good grasp of the challenges of the restaurant industry but as far as the nightclub scene goes there is a challenge when you look at how long in the last year they’ve been completely shut down,” said Hudson’s General Manager and part-owner Jesse Dixon.

Hudson’s has built its brand in Lethbridge as a “party pub” combining a pub dining setting with a modestly sized dance floor to create an atmosphere “for people that [want] to party but in a fun and respectable way.”

That blend means that while clubs have been closed for the majority of the pandemic, Hudson’s has stayed open by offering food delivery and pickup. However, that alone is not enough to keep the business afloat.

“Food will never be a driver for our style of business. It’s not a huge moneymaker for us. If we have to sustain like this long term it could be fairly detrimental.”

Hudsons entered the pandemic in a good financial position and Dixon knows his company is in a much better shape than many of their counterparts in nightlife.

“The numbers aren’t great but they could be a lot worse.”

For Chris Fakir this is the continuation of a long downward trend that has been years in the making. Fakir or DJ Fakir as he is commonly known is a veteran of the industry and has seen it all in his 26 years working in Lethbridge nightlife.

“I’ve worked pretty much everywhere there is to work in Lethbridge,” says Fakir who began his career working security and as a porter before finally making his way to the DJ Booth.

“The club scene is going to take a huge hit from just being closed right now. It’s probably not going to survive.”

For Fakir social media and instant communication have changed the way people party in ways he feels have been detrimental to the nightlife industry.

“Social media has really made a huge change to how people interact. Back in the day, there was no such thing, people didn’t really have cell phones. People just knew to go to a club at so and so date. Nowadays if someone goes to a club and it’s 11:30 and there are three people there they can text their friend and say let’s go to [another club] I heard it’s banging over here. It’s a difficult industry.”

However, Fakir notes that clubs also need to do right by their customers by taking care of them, ensuring their safety, and pouring fair drinks.

There is also a personal cost that comes with the industry being at a standstill.

Idowu has a residency at Hudson’s and sometimes works at Club Lime, Studio 54, and private events. He spent the last couple of years building his career and now like many in the industry has lost much of his income and routine.

“The past three years I’ve been at the bar holding it down for new year’s countdown. This year I wasn’t able to even have that decision, it was already made for me.”

Lethbridge’s nightlife scene is tied to its university population. There is significantly less traffic at the bars and clubs in the summer when the majority of the students are out of town.

“It’s a stress relief, it’s an avenue of escape. Everybody needs a release and right now it’s missing” says Fakir.

“I had one person come up to me. It was his last year of school [and] last weekend of partying before finals and he said thank you. You got me through some rough patches, I appreciate you playing my requests.”

“You get a chance to network and meet new students, old students, everyone’s out partying ready to kickstart the year on a good note,” says Idowu, a former student of the university himself.

Dixon thinks that section of the population will be the most willing to risk going out when restrictions eventually loosen.

“I think the youth will get out quicker. The [post-secondary] and High school crowd around 18-25 will be quick to go out. There will be an older crowd more hesitant to work their way back into that scene.”

Vaccines have offered a light at the end of the tunnel but the future of nightlife still looks uncertain. No matter what it is sure that the pandemic will leave an indelible mark on the Lethbridge nightlife industry.