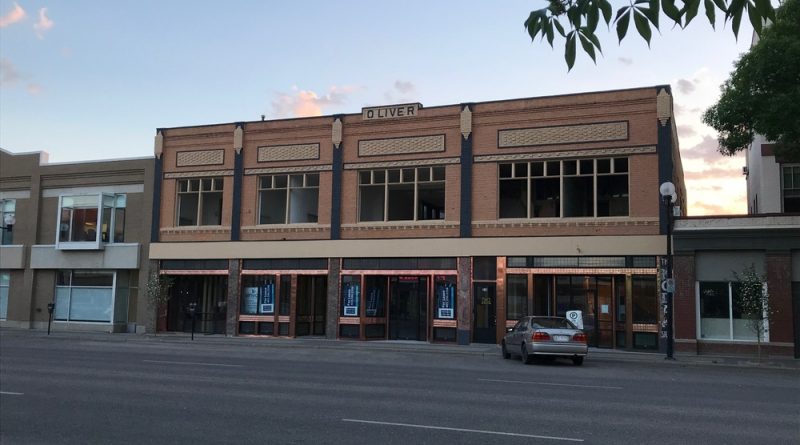 This short film by Bryce Baker celebrates the renovation and revitalization of “The Oliver Block”, a historic block on 5th street south in Lethbridge’s downtown core that was set for demolition.

The filmmaker believes “it is important to highlight buildings like this that are saved. I think if we can bring more attention that this opportunity exists and put it in a good light then maybe we’ll see more renovations versus demolition and building.” Particularly in the residential industry where he works and says it is “extremely common for heritage houses to be torn down for houses that are not even better.”

Baker was looking for a portfolio piece to showcase his style and talents as a videographer. While working in the Oliver building where he rents office space, he began to notice the way light and people moved through it and sought to capture that.

“I was using the Oliver Block as a testing ground for new things – timelapse, motion blur, keyframing. People just got used to me with my camera and tripod in there.”

The documentary is built around interviews with Hunter Heggie, the local businessman who purchased the building and spearheaded its redevelopment and Lee Freeman the building manager.

According to Baker, Heggie has kept much of the building’s history within its walls by sticking to its original structure instead of gutting it completely. This has preserved a sense of connection to its past. For example, during the interview, Heggie speaks about Alberta’s first female dentist whose office was in the building.

“When he was talking about the first female dentist he was actually pointing at a door, it’s an actual room that’s still there.”

Baker says the project – which he considers his biggest so far – was one large learning process. He initially attempted to create a documentary in a day but quickly realized that would not be feasible and unforeseen issues like audio hiccups on one interview prolonged post-production.

In today’s gimbal-obsessed climate, this video is refreshingly still. It avoids motion for motion’s sake with the camera resting on a tripod and motion coming from the elements within the frame.

For this project, Baker chiselled down 55 minutes of interview footage into a 5-minute film. He says there are enough interesting stories left on the cutting room floor to warrant an extended cut. And now the current tenants of the Oliver Block are working on creating another generation of stories in this historic building.

An extended cut could be a possibility one day.