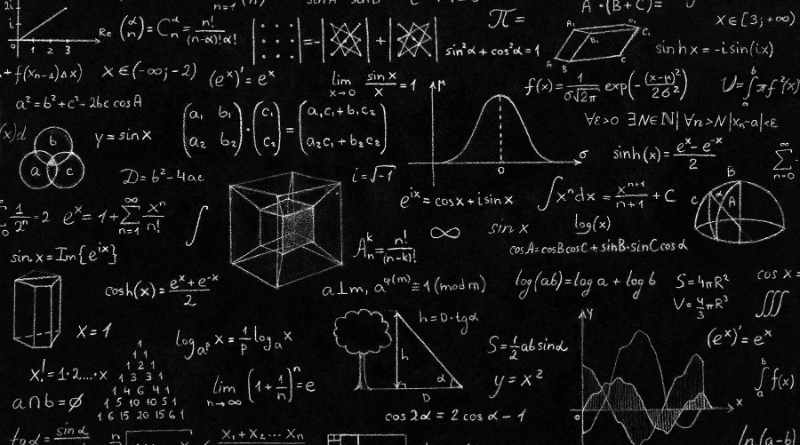 We all learn it in school, scientists can use it to land rocket ships on the moon or calculate the mass of a subatomic particle, but what really is math? Is it real? Welcome to a deep dive into the intersection between science and philosophy.

Let’s start off by briefly explaining the field of mathematics. While various disciplines exist under the broad heading, the overarching theme around the study can be boiled down to finding new “shortcuts” in the form of mathematical proofs and applying/manipulating pre-existing proofs to solve a problem.

So what is a proof? In short, a proof is a logical argument that tries to show a statement is true. Mathematicians have been building proofs for thousands of years, with widely accepted proofs being coined as “theorems” which are added to their toolbelts over time and used to further prove other mathematical statements (take Pythagoras’ for example). However, stripping it all down, we get to the simple arithmetic we’ve taken for granted our entire lives. If I have one apple and you give me another, I have two apples: 1+1 = 2. But is this fundamental concept real? Is it tangible? Can it be proven?

Here is where the science collides with the philosophical. While even a 1st grader can probably tell you that 1+1 =2 and 2+2 = 4, trying to establish a proof for basic addition is much more challenging than it seems due to the logical paradox of induction. “If A is true because of B, then B must also be proven to be true, then whatever proves B must also be proven etc.” For example, if I was asked to prove that I’m in my apartment right now, I might say that the neighbour can see me through my window, to which you could ask me to prove he isn’t blind, then to prove seeing is possible, then to prove light exists, so on and so forth. The majority of scientists in fact agree that nothing can truly be proven, only evidenced by our findings.

Even after accepting these fundamental axioms as true, we run into all sorts of other problems. For instance, unlike chemistry, or biology, you can’t touch math, nor observe it. So does it “exist”?

Now we come across two schools of philosophy: Platonism and Empiricism.  Namely, is math discovered or is it invented?

The majority of mathematicians share the almost romantic, but ultimately Platonic belief that math exists to be discovered as some sort of fundamental truth to the universe. That if we someday come across an alien lifeform, math would be a universal language we could share. Sure enough, there have been countless cases of different mathematicians coming to the same formulas independently, or civilizations coming to similar mathematical conclusions over time.

James Robert Brown, a former U of T professor, to Smithsonian Magazine.

On the other hand, there are the Empiricists who argue that math is nothing more than a logical tool we use to solve problems. To argue that something we can not touch nor observe “exists” tends to cross into the god-like territory scientists have cut ties with.

In the end, it’s not like we can prove things one way or another so it’ll be up to you to decide whether it’s comforting that there are fundamental truths to the universe we can discover, or if you prefer sticking to things you can see and feel. What we do know (or have we established that we can’t know anything?) is that math plays an enormous role in our society and is the reason why we can post last night’s lasagne to our Insta stories, so maybe that’s enough to justify its study.