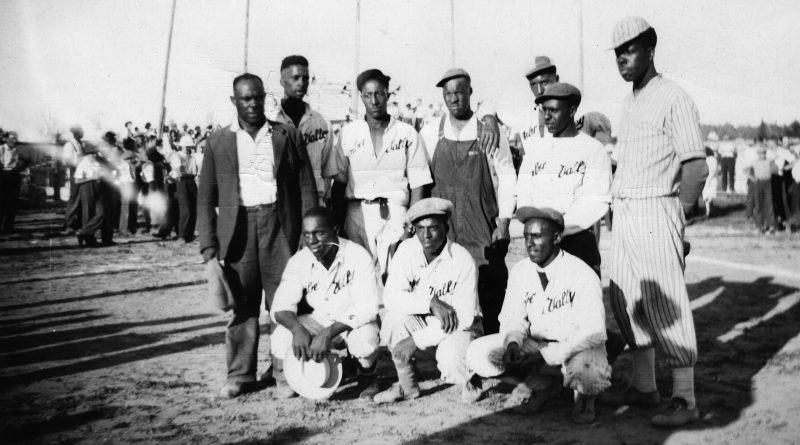 Previously, when I thought about Black history in Canada, my only point of reference was Africville, a small Black community in Halifax that was bulldozed in the name of “innovation”. While this story is no less important than what I write here, it should not be the only one we learn.

Many know about Canada’s involvement in the underground railroad, but not about the nearly 1000 person migration from Oklahoma to Canada between 1905 and 1912 to settle the land. The offer of 160 acres for $10 was offered to immigrants given that they stayed on and worked the land for at least three years. The American civil war had recently ended and Black people in the South were facing a brutal campaign against their freedom. All-Black communities in what would become Oklahoma saw an influx in white settlers and with them an increase in violence. Soon after the state instituted mandatory segregation laws, also known as the Jim Crow laws, and it became nearly impossible for Black people to purchase land. Everyday life became more difficult and the new laws encouraged violence and lawlessness. Black communities carried out protests and court challenges, but some opted to leave for Canada instead. In addition, people moved from Mississippi, Iowa, Tennessee, Kentucky, Missouri, and Texas.

Settling the prairies was no easy task in the early 20th century. The harsh climates and difficult growing conditions were particularly challenging for anyone coming from the American South. It was common to travel by train and then switch to a horse and buggy after crossing the border. Discrimination began almost immediately upon arrival because the Canadian government had not intended for their advertisements to attract Black immigrants. Extra financial fees and rigorous medical exams were imposed before many were allowed to enter.

Newspapers ran petitions against the new immigrants. Labour organizations and trade unions in Edmonton and Calgary petitioned the federal government to prevent the immigration of Black people and requested that those already settled be segregated. While many of these laws were not passed, in 1911 the Canadian government banned the immigration of Black Americans into the country, reading that they were “unsuitable to the climate and requirements of Canada”. The law was never carried out as it got repealed before the end of the year. The government at the time couldn’t risk harming their public image or their relationship with the United States. A good deal of Canada’s public and international decisions would be predicated around these two factors.

The largest Black settlement was located in Amber Valley, with 300 settlers. Other settlements included Wildwood, Breton, Campsie, Gibbons, Fiske, Elden and Maidstone. The land had to be cleared every year to keep up with national requirements, meaning the work was constant and difficult. Horses and Oxen were used to clear land and haul lumber.

Recreation was also important, however. Young boys and men played baseball in the summers and everyone attended school dances, community dances and picnics. Descendants of the original settlers describe many communities as peaceful and conflict-free, likely because the settlements housed very few white farmers. It is unclear whether this was done intentionally by the government or if Black families requested it because they felt safer and better supported. Likely, it was likely a mix of the two. The community of Wildwood was made up primarily of Black immigrants because of the recruitment efforts of Tony Payne, who urged many of his family members and contacts from Oklahoma to join him. Two schools, a dry goods store and several denominations of churches were built. Other settlers in the area included Ukrainians and Polish immigrants, both of whom were treated poorly by much of Canadian society. The school houses were often mixed, while churches were more likely to be segregated. Churches were often the heart or cornerstone of the communities and they were generally built on a corner of someone’s land. Besides worship, the churches provided a space for community engagement and socialization.

Besides farming, some young men would go on to serve in the Canadian Armed Forces during the First World War. The No. 2 Construction Battalion was the first large Black military unit in Canada. Some men also left to work in the cities during the winter months. Life in the city presented more challenges than in the farming communities due to increased racism and discrimination. In Edmonton, motions were continuously put forward attempting to ban Black people from public areas. The KKK was active in the city as well as around the province, publishing papers and holding city-approved conventions. The Black communities pushed back against discriminatory laws and practices, often winning.

Difficulties also came in the form of joblessness. The depression hit Alberta, making jobs scarce for everyone but especially Black Canadians. Discrimination was rampant in all industries. In response, some men decided to open their own businesses. In Edmonton, the Shiloh Baptist Church became a site of community belonging and connection. The church began in people’s homes, eventually moving into a proper building in 1910. Members of the church founded and organized the Coloured Citizen’s Community League in 1924 and the Coloured Canadian Industrial Association in 1938. The church hosted young people’s groups and women’s groups, held picnics, skating parties and dinners. It became the focal point of the community, especially for younger members.

Both Black settlers and those who had moved into the cities joined to fight in the Second World War. By the 1950s, there was still movement from the prairies to the city, as young men and women sought further education and job opportunities. The experiences of Black Albertans, whether on the prairies or in the cities was very diverse, even though the population remained quite small. Edmonton didn’t see a large portion of Black Canadians until changes to the immigration system in 1967 led to an influx of immigrants from the West Indies.

The contributions of Black settlers and later immigrants to Alberta cannot be understated. Thousands of acres of land were developed, food was produced, businesses were established and communities were born. There is far more to these histories and I encourage everyone to learn them, as our province would not be the same without such an integral piece.

We Are The Roots: Black Settlers and their Experiences of Discrimination on the Canadian Prairies – A documentary by Bailey and Soda Films. https://www.baileyandsoda.com/. Also available through the ULeth Library.