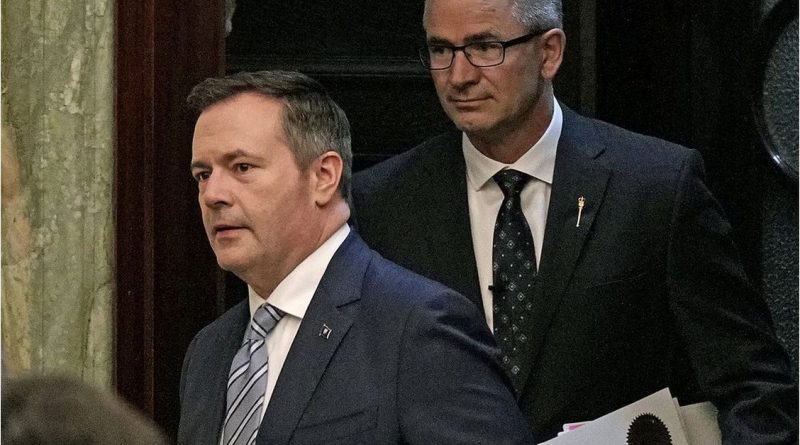 This article was written by freelance contributor Ellis Crawford

The Kenney government released their budget for the 2021-22 fiscal year on February 25th. The budget has big cuts to post-secondary, putting the University of Lethbridge in a precarious position. Many of the cuts were deeper than projected, the full implications of this decision have left many questions unanswered as to what the next year will look like.

Alongside this, cuts for the next fiscal year are also expected to be higher than anticipated. Province-wide revenue has decreased from post-secondary education. A decline in tuition received by post-secondary institutions caused by COVID-19 and campus closures related to this has also been noted in the 2021-24 Fiscal Plan.

Estimates from the Fiscal Plan for upcoming years expect the province will recover from the loss of funding due to COVID-19 “fairly well.” However, as per the suggestions of the MacKinnon Panel, a panel of independent economists called in to review the Albertan economy and finances, the province is exploring “broader revenue streams [for post-secondary] to reduce reliance on the government,” including a raise in tuition and service fees. To assist with post-pandemic recovery, an additional $5 million has been budgeted towards internships in Alberta.

University President Mike Mahon sent an email to U of L faculty on February 25. Mahon specifically noted that Post-Secondary Mental Health, Students with Disabilities, and Health Workforce Action Plan Grants have been frozen at the same level as they were in 2020. Although the full details of the impacts this will have on the University, as “additional work” will be needed due to constraints on funding being higher than expected. As reductions are to be “applied differentially across institutions,” as stated by Mahon, the full impact of these cuts may vary across different faculty and students.

Tuition will still be capped at a 7% increase in the upcoming year. However, with the MacKinnon Panel recommending that post-secondary institutions “pay for a higher proportion for their post-secondary education,” this may be subject to change after the 2022-23 Fiscal Plan is released.

“By forcing our colleges and universities to charge more for fewer services, we make it difficult to attract new students to the Lethbridge area, and we end up encouraging our own children to go elsewhere if they want to receive the kind of quality education they used to be able to get right here, in Southern Alberta,” ULFA stated in their official response.