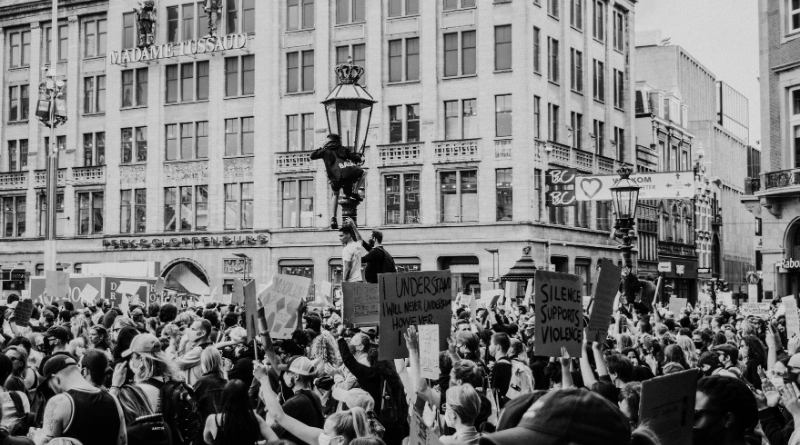 “Neoliberalism represents a key moment in time for race relations in Canada, one that systematically protects white privilege, not through overt forms of state-sanctioned institutional racism, as in the past, but through the colorblind and seductive rhetoric of free enterprise, free markets, and common sense.”

When I sat down to write this essay I had intended to give you a run-down of Black history in southern Alberta. While I still do this to an extent, it is not necessarily the focus. It would not be difficult for you to google the history of Black communities in Lethbridge, southern Alberta, or Canada, and I encourage you to do so. However, writing a short and likely inadequate history would be, in my opinion, performative. It is something that has been done before and will continue to be done by groups attempting to show that they are hip or progressive. They will nod to the contributions made by historic Black figures and possibly allude to the atrocities committed by white governments and then they will stay silent until the next year. So instead, I want to emphasize why you may never have been taught this history in the first place, why the first place you encounter this history may well be in this essay. I will attempt to give you a sense of the broader impact of racist educational practices and systemic oppression. I will try, in a short amount of time, to break down how our governments reproduce violence against Black communities by instituting policies and practices that promote harm, poverty and segregation, and how these practices often remain invisible.

The arguments I make in this essay are not new. Black scholars of race and racism have been making these connections for decades. Scholars such as Grace Lee Boggs, Angela Davis, Patricia Hill Collins, Audre Lorde, Kimberle Crenshaw, Feminista Jones, Robyn Maynard, Desmond Cole and Black feminist organizations like the Combahee River Collective. What I am doing rather, is synthesizing what has already been said.

Alberta’s Social Studies curriculum makes no space for Black history. The curriculum outlines what content needs to be taught for each grade and subject area. There is little room or time for teachers to deviate from the prescribed curriculum. This means that even the most informed educators find it difficult to teach what is missing. Without writing Black history and culture into the curriculum, there will likely be little meaningful change. The AP history classes in high school, which mimic first-year university classes, focus on the history of the western world and generally make no space for Black history either. On top of that, the AP curriculum is based on an American model. While the things that we learn in Social Studies are important, it is unacceptable that so much of our provinces and our country’s history is reserved for specialized university classes or left in the dust entirely. The same can be said for Indigenous and queer histories, among others. We are not provided with a grounding in class consciousness, race theory, or gender theory. Neither are we are not taught how these issues intersect and how they inform each other. Critical race theory works to understand how institutions of power, such as governments and cultural perceptions influence and perpetuate systemic racism. Understanding these correlations allows students to better understand how systemic racism functions, as well as how to work to end it. As a Social Sciences major, I am not required to take Gender Studies classes. I am not required to have any solid background in queer theory, Black history or culture or immigration history and issues. Educators teach a diverse range of students, and yet they are not required to have any real knowledge of how the education system or society, in general, affects those populations. We are taught that white supremacy is something of the past, that genocide only ever looks like it did during the Second World War. The curriculum is a reflection of state priorities: they include what they believe to be important and exclude what they believe is expendable.

In the few instances, we are taught about Black history, it is done selectively. We might be taught about Harriet Tubman but not about the centuries of Black history in Nova Scotia. While the histories we are taught are worth honouring, we cannot ignore the broader impacts of racism in Canada. It is also important to teach youth about the positive cultural histories. Mary Ann Shadd founded the first refugee newspaper in Toronto called The Provincial Freeman and became the first Black newspaperwoman. Toronto-born Lincoln McCauley Alexander became the first African-Canadian Member of Parliament in 1968 and Viola Desmond, who fought against racial segregation in Canada. Young students need to see themselves and their culture represented in their education in meaningful and positive ways. Black history should not be associated solely with racism and civil rights, even though those are important discussions. Teaching positive cultural histories alongside racism and civil rights is needed to provide students with a complete narrative. Why this is not a focus of teachers’ own education, no matter what subject matter you teach, needs to be critically addressed.

By excluding Black and Black queer histories, students are taught that these histories are irrelevant. That the systems of oppression in the past no longer inform practices today. This is not done by accident. The purposeful erasure, or at the very least, re-remembering of history is a function of racialized neoliberal capitalism. Neoliberalism promotes the idea that upward social mobility is directly and solely tied to individual enterprise. Neoliberal theory abhors governmental regulation in the market or people’s lives to the point that it seeks to dismantle democratic practices. Racialized neoliberalism then points to the racist outcomes of neoliberal ideologies. It promotes the racist beliefs that Black, brown and poor people are “undeserving” or even “underdeveloped” because of their inability to climb the social ladder. Neoliberal ideas are attractive because they can provide people with a sense of control over their lives. They are espoused by politicians and governments because it provides them with a handy scapegoat. Rather than fix systemic problems, they simply blame individual irresponsibility. It is a form of state violence that seeks to normalize white supremacy by making invisible the lives and struggles of a specific portion of the population. These struggles include the “management” of the Black population in Canada and the United States through mass incarceration, the criminalization of poverty and state surveillance. The deliberate removal of Black lives from society and popular memory is a form of genocide. I could use the term ‘cultural genocide,’ but that would be partially inaccurate. While the erasure of culture is prevalent, the tactics used by the state to disintegrate Black individuals and communities renders them vulnerable to premature death. Selective education feeds racialized neoliberalism by perpetuating colour blindness and limiting understandings of class consciousness and race theory.

None of this is to say that Black communities are powerless or helpless. Rather, this is to point out the systemic violence enacted by the state in an attempt to promote white dominance and supremacy. These are systems we, as a society, have been born into. We, as a generation, may not have created these systems, but we have inherited them.

We are taught to see racism in individual acts of cruelty or exclusion. We are not taught to see racism as a systemic, state-sanctioned act of violence. This is not by accident. The violence that is enacted by the state survives through its own invisibility. We cannot fight against something that is invisible to us as a society. The rampant abuses in the Canadian prison and judicial systems, for example, normalize the violation of human rights, particularly against racialized individuals. The production of and subsequent criminalization of poverty is perpetuated by neo-liberal capitalist systems. Rampant poverty and inadequate and/or racist social support produce the majority of crimes committed among marginalized populations. Imprisoned populations are then subjected to near slave labour, which directly benefits neoliberal capitalism. We do not see these connections because we are not taught to. Their invisibility becomes their greatest weapon because we are conditioned to actively ignore it. Violence is masqueraded as market governance or individual non-conformity.

Neoliberal thought tells us that if marginalized and impoverished populations only worked harder, made better financial decisions and were more responsible, they wouldn’t have so many issues. There is no space in the neoliberal mindset for systemic racist policies. It ignores the fact that even with the same level of education,  Black households are still much more likely to have lower incomes than their white counterparts, with visible minorities earning only 87.4 cents for every dollar earned by Caucasians. The mantra of personal responsibility espoused by neoliberalism actively disregards increased vulnerability to predatory finance, the shortage of affordable housing, instability associated with evictions, food insecurity, environmental injustice,  gentrification and intergenerational poverty and trauma. When we adopt this mindset as a nation, we justify reducing meaningful and effective social support. We become colourblind, believing that violent racism is a stain on Canada’s past, rather than a living and prevalent force affecting millions of lives today.

On the importance of Black history month, I will leave you with a quote by Rosemary Sadlier of the Ontario Black History Society:

“The greater Canadian community needs to know a history of Canada that includes all of the founding and pioneering experiences in order to work from reality, rather than perception alone. We need a Black History Month in order to help us to arrive at an understanding of ourselves as Canadians in the most accurate and complete socio-historical context that we can produce. As a nation with such diversity, all histories need to be known, all voices need to be expressed. One needs traditional history to engender a common culture; one needs Black history to engender a clearer and more complete culture.”

One thought on “The silencing of histories”