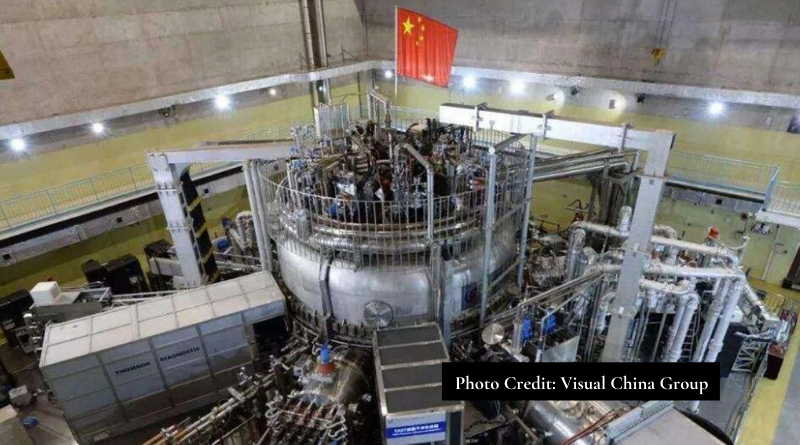 By now most people will have heard of HBO’s award-winning mini-series Chernobyl or at least have an inkling of the potential calamity that can befall nuclear reactors, but nuclear power is still widely used throughout the world and accounts for around 10% of global electricity generation. Despite the “clean” nature of nuclear power plants (they generally produce less than 1% of total industrial toxic waste in countries that use nuclear power), the relative dangers associated as well as the difficulties in disposing of said waste has led to a decline in nuclear energy in parts of the world. While European countries such as the U.K. and Germany have shut down more than half of their reactors in the past decade, many Asian countries have opted to build more, due to an increase in concern for air pollution from coal-fired power plants. China in particular has recently activated their so-called “artificial sun”, a reactor that will reach temperatures upwards of 150 million degrees Celsius, ten times hotter than the core of our sun.

The device was built in collaboration with the International Thermonuclear Experimental Reactor (ITER) project and is the first large scale nuclear fusion reactor in the world. Conventional nuclear reactors rely on nuclear fission, an atom-splitting process that splits the nucleus of an atom into two smaller nuclei generating nuclear waste. Common fuel sources such as uranium pellets, each capable of producing as much energy as 150 gallons of oil, are fed into the reactor core in the form of 12 foot metal fuel rods. The fission of these atoms causes chain reactions that propagate and generate intense amounts of heat energy, generating steam to move turbines.

Nuclear fusion however, combines two separate atomic nuclei and uses the difference in mass between the reactants and products to generate energy as heat, a process that can utilize lower-risk fuel sources such as deuterium (an isotope of hydrogen) and generates much less nuclear waste. As a simplified explanation, fusion reactions occur when two nuclei come close enough for long enough that the nuclear force pulling them together exceeds the electromagnetic force or “Coulomb barrier” pushing them apart. In order to harness enough kinetic energy to force two particles close together, particles need to either be sped up in particle accelerators, or heated to incredibly high temperatures. Once heated to high enough temperatures, some of the orbital electrons associated with the atomic nucleus are stripped away, leading to the cloud of ions and electrons known as plasma. The actual theory and mathematics behind controlling and sustaining such reactions for use in a reactor has been a long coveted area of research for scientists, making the successful test fire of China’s HL-2M Tokamak reactor a momentous achievement in the global effort towards safe, clean alternative energy sources.

The tokamak model of nuclear fusion reactors has been theorized about since the 1950’s, and is a shortening of the Russian term for “toroidal magnetic confinement.” The system utilizes powerful magnetic fields to contain a “torus – math term for donut shape” of hot plasma, and stabilized by state of the art supercooling technologies. Magnetic fields however, are prone to imperfections and disruptions which can lead the electrons in the plasma to follow the path of least resistance to impact the sides of the reactor, leading to what’s known as a “relativistic runaway electron avalanche”. Although run-away electrons can cause major damage to the interior of tokamak reactors, these disturbances are rarely dramatic with regards to site safety. Nevertheless, lack of systems to counter the effects of inevitable disruptions have been a major barrier to their implementation. The reactor has been in development since the early 2000’s and reached half the optimal operational temperatures back in 2018. The most recent firing has demonstrated how the tokamak can sustain a stable, constant plasma reaction for the use of generating power. The technology is still considered to be prohibitively expensive to maintain however, with the initial ignition temperature of 70+ million degrees Celsius requiring external heat sources to light.

In Europe, the ITER coalition of countries is also working on a second reactor in France, with an expected completion date of 2025. Even 50 years ago, such large scale fusion reactors would have been considered to be impossible to implement, but now is one of the many ways scientists are hoping to solve the global energy crisis.