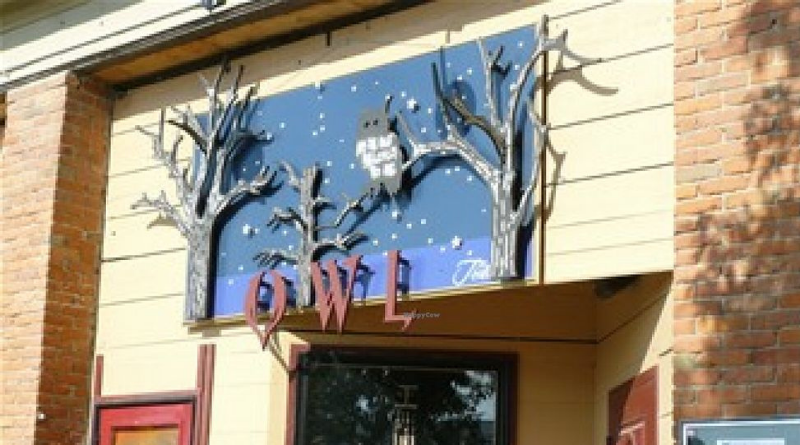 When Steven Foord and Mel Dominguez opened The Owl Acoustic Lounge they didn’t think they’d last six months. Ten years later the Lethbridge mainstay is leaving the 3rd Avenue space it has called home all these years and doing its best to prepare for an increasingly uncertain future.

The Owl occupies a special place in Lethbridge’s heart. More than just a venue or bar, it puts community and art above all else. A one-stop shop for art, food, and friendship. With a focus on live entertainment, the place is always abuzz with the art hung throughout it looking both spontaneous and carefully curated.

“We try to be a hub for all the different forms of art [and] an outlet for all the really talented people that are in the community,” said part-owner Steven Foord.

The Owl prides itself on being a weird and welcoming space for everyone who appreciates the arts. Foord describes it as somewhere you could find a table of hardcore kids next to some grandmas.

“They open their space up to anything and everything, anybody could see themselves there,” said comedian Faris Hytiaa who had his second ever stand up set there. “It’s an avenue for so many forms of expression.”

This welcoming approach is summed up neatly in their motto “Owl Be Nice” a reminder to be kind and respectful to one another. Their website explains “We want our guests to be comfortable. Simply put, don’t be a creep. Know personal boundaries. And if someone isn’t respecting yours, let our staff know.”

More than just words on a website, this motto is followed through. Amberlea Parker is a member of the local band Mombod and says the zero-tolerance policy for harassment creates a safe place to perform…

“I think that is the most transformative thing you can have […] As women musicians and to perform as a female drummer, it’s hard to find places that feel safe to perform and the owl has always made me feel safe.”

As a patron, Amberlea calls The Owl home. She’s had celebrations, New Year’s, Holidays there. It is where she and her husband first connected and held a surprise elopement celebration.

The Owl’s penchant for sparking romances is something Foord sees as one of the beauties of being open this many years. Couples have come in sometimes requesting a particular seat to remind them of their first date,

“I thought if I picked somewhere local maybe he would think I was cool,” she says laughing. “We sat by the window and it felt very intimate.”

Welch also recognizes the important role as a space for artists to share their passion, particularly young artists. She is a Drama teacher at a local high school and many of her students perform at open mic afternoons at The Owl.

Many entertainment businesses have been hit hard by the pandemic so when the relocation announcement came many feared the worst for their favourite hangout. However, this move is them being proactive rather than reactive.

“In a strange way [it is] an opportunity to re-evaluate and redefine things and get a little bigger with the hope that we can weather the storm through these restrictions staying around,” said Foord.

Foord figures many of the COVID-19 restrictions will be with us for a while. The old space was smaller which made it difficult to follow distancing and capacity guidelines while remaining profitable.

“[It’s] taking what we’re doing already and supercharging it […] We have no plans on dying but it will change us in a good way.”

The move to the old More For Less Thrift Store just a few blocks away opens up the possibility for bigger events and more patrons. It is a bigger space with a bigger patio and hopefully a bigger stage. For that last part to become a reality they reached out to the community via the Owl Stay Weird Kickstarter campaign; Offering escalating perks for donations like having your name on the new stage, T-shirts, and a murder mystery night.

As it said in the Kickstarter, “We are betting on ourselves big but more importantly, we are betting on Lethbridge and the Downtown core where we have made our home for the last 10+ years.” And boy did that bet pay off. The fundraiser surpassed and almost tripled its initial target of $7500 within days, raking in just over $21,000 from 300 donors.

While the buildup to the new space is exciting the cloud of COVID-19 still hangs over its eventual opening. Foord says more than anything else he is looking forward to “a normal fucking show.” Being able to allow people in without distancing, masks, or glass and the anxieties of COVID-19. While that future may seem far away, there is no doubt The Owl plans on being part of it.