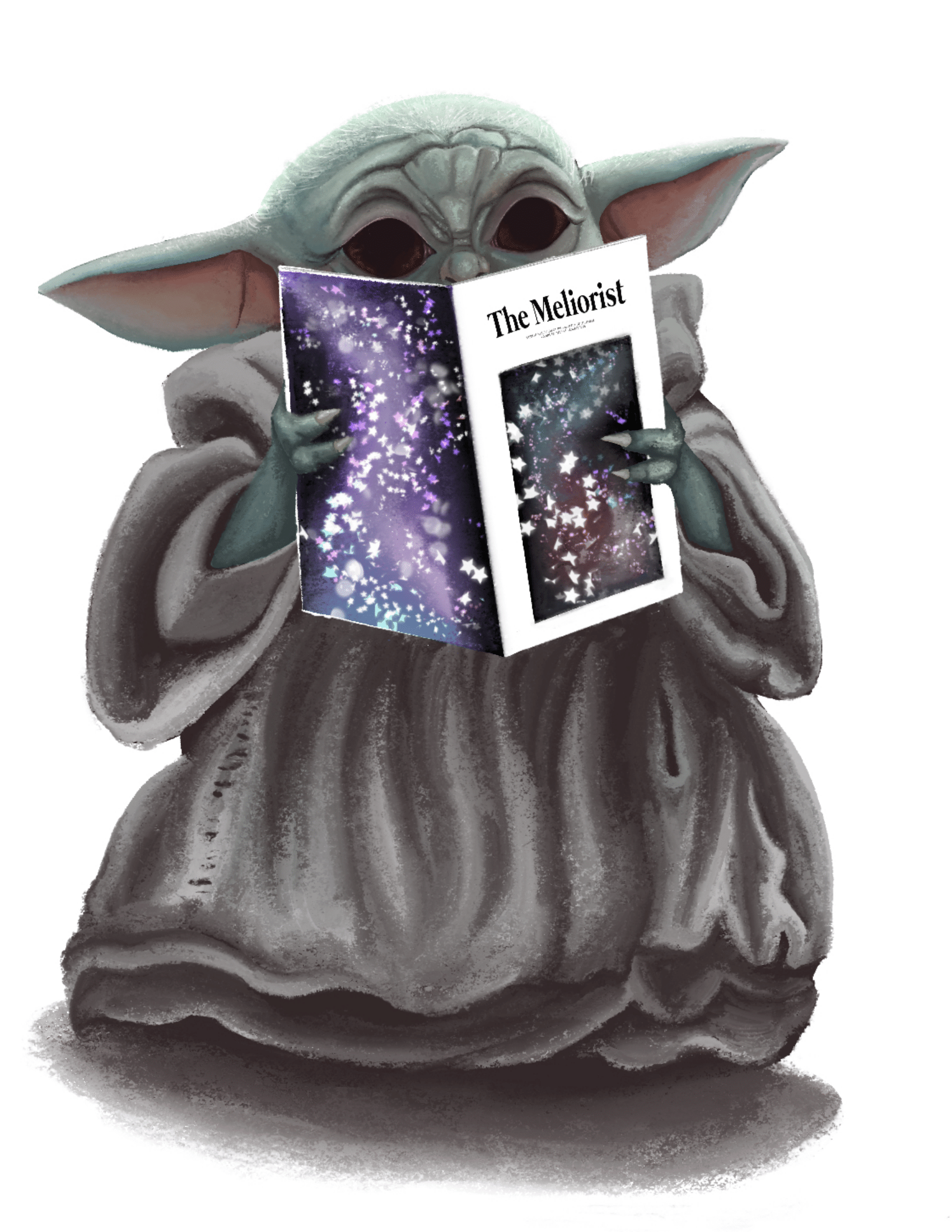 Seven years old, staring out your window at night. Counting the millions of stars shining bright, wondering what worlds lie beyond.

1962. The first radio broadcast from earth was sent into the cosmos towards the planet Venus.

1972. The first of two Pioneer plaques depicting the location of earth was sent out on the Pioneer 11 space probe. The second in 1973.

1974. The Arecibo message was aimed at the M13 cluster of stars 25,000 light years away, carrying the fundamentals of science uncovered by humans thus far.

1999. Cosmic Call made out to distant star systems in an attempt to convey the nuances of human culture.

2008. The Beatles’ “Across the Universe” begins its journey towards star Polaris 433 light years away.

Straining your ears towards the sky, the abyss is deafeningly silent.

The existence of aliens is a long-standing debate in our society. From first date conversation starters to full blow tin hat conspiracy theorists, opinions on the subject range from idle curiosity to manic obsession. Most people agree, however, that given the enormous scale of the galaxy, let alone universe, extra-terrestrial life is a given. So why haven’t we heard from them?

Herein lies the famous Fermi Paradox which posits the apparent contradiction between the billions of stars with potential planets in our galaxy and the lack of communication from them. Various explanations exist, some more sinister than others, but all are, of course, theoretical in nature.

The simplest explanation that intelligent life is exceedingly rare, starts us off with the Drake Equation. Used to estimate the number (N) of intelligent civilizations in our galaxy capable of communicating with us, the equation accounts for a number of variables including the average rate of star formation, the fraction of those stars that have planets, the fraction of those that can sustain and develop intelligent life, and perhaps most importantly for our discussion, the length of time these potential civilizations release detectable signals into space.

While many of these factors can now be estimated with reasonable certainty, factors like the ability of planets to sustain and develop intelligent life are highly complex and mainly up to conjecture.

Modern day estimates from the Drake Equation give a range of results depending on how optimistic we are with these shaky variables, resulting in N values ranging from 9.1 x 10-13 to 15,600,000. In the inverse argument, scientists have calculated that for earth to be the only technologically advanced planet in our galaxy, the probability of any habitable planet ever developing a technological species to be an exceedingly low probability of 2.5 x 10-24. To give some more context, astrophysicists examining cosmic background radiation of our expanding universe, dates it at approximately 13.8 billion years old. Earth and our solar system are comparatively around 4.5 billion years old, and our first foray into space was only 59 years ago. In terms of the number of stars in our galaxy, scientists estimate a number between 100-400 billion, with NASA stating that ~17% of these have an earth sized planet in close orbit. Interpret those numbers as you will, but it isn’t hard to see why many are certain that aliens have to exist.

If sentient life is out there, then why haven’t we heard from them? This is where facts start to blur with fiction. Popular Chinese science fiction author Liu Ci-Xin posits the dark forest analogy in his popular trilogy “The Three Body Problem”. In it, he proposes that all intelligent civilizations can be divided into two categories, hostile and peaceful. Furthermore, the civilization may be technologically more or less advanced. Seeing as it’s impossible to tell if a distant civilization is one or the other, all intelligent life come to the same conclusion: it is unsafe to transmit. In essence, everyone is in a dark forest, always listening, but trying not to make a sound.

Even more sinister hypotheses have been suggested, including the zoo hypothesis that everyone is aware of us, but deliberately avoiding contact, or the suggestion that we exist in a simulated reality. The zoo hypothesis is a favorite of many conspiracy theorists and typically follows one of two ideologies. Either the rest of the galaxy has seen us and judged us unworthy to join them in the cosmos, or a highly advanced entity is watching from afar. The popular “Hitchhiker’s Guide to the Galaxy” series follows such a premise where our planet is actually just a giant computer built to compute the answer to “Life, the Universe, and Everything” and thus avoided by the other denizens of our galaxy. The simulated reality hypothesis on the other hand argues that we are all just in a highly complex computer program much like the “Sims” video game. Subscribers to this theory argue that our inability to rationalize things in deep space such as dark matter are due to a low quality end point to the simulation outside of our solar system. Others, such as tech billionaire Elon Musk claim that within each simulation, our civilization may become technologically advanced enough to simulate reality as well, leading to layers upon layers of fake reality.

Outside of science fiction, active SETI transmissions (Search for Extraterrestrial Intelligence) have in fact been heavily criticized due to lack of international consultation (who speaks for earth?) and the inherent dangers. Stephen Hawking himself, in his book “A Brief History of Time”, proclaimed the attempts to be foolhardy when considering the generally violent encounters between civilizations on our own planet, when a large technological gap has been at play.

In contrast, those actively supporting SETI such as the International Academy of Astronautics propose a cautiously optimistic approach. The San Marino scale developed by professors Ivan Almar and H. Paul Such aims to evaluate any transmissions from earth and assign a risk factor in regards to signal intensity and information content. Regardless, when even our own civilization has only made a few small efforts to communicate, how can we expect others to do so too?

Another possible explanation to the Fermi Paradox is that alien life might be in fact too alien for us to understand. Considering the lifespan and intelligence levels of say, humans and insects, a clear separation of priorities and communication methods can be understood. Similarly, alien lifeforms may simply be too foreign to comprehend, or communicating using signals we aren’t looking for.

Here on earth, transmission into space has primarily been in the form of radio signals. Compared to sound waves, which require the close proximity of molecules in a medium to transmit, electromagnetic signals such as radio waves can transmit perpetually in a vacuum at the speed of light (barring collision with all manner of space debris). Using large radio-telescopes, scientists on earth can both transmit and receive signals from deep space, which has been the main method for SETI monitoring and transmission.

A problem arises, however, since radio waves account for only a small portion of the energy emitted by the universe, and higher frequency radiation is blocked or interfered with by earth’s atmosphere. Satellite observatories have therefore been launched into space, each specializing in monitoring a specific band of the EM spectrum. While these monitor the cosmos primarily for astronomical research, it isn’t hard to imagine any irregularities or patterns being thoroughly investigated.

As a follow-up to a recent Research Spotlight here at the University of Lethbridge (check out our website for past issues of The Meliorist), the Physics and Astronomy Department has recently received a $250,000 grant for the development of a large facility cryostat situated in the new Science Commons. Having the facility will allow the Astronomical Instrumentation Group (AIG) on campus to develop and test new instruments for detecting infrared radiation in space. The supercooled facility will mimic the low cryogenic temperatures of space (-269 oC or 4 K) allowing our scientists to make sure their technology can handle such extremes.

Two possibilities exist: either we are alone in the universe or we are not. Both are equally terrifying.