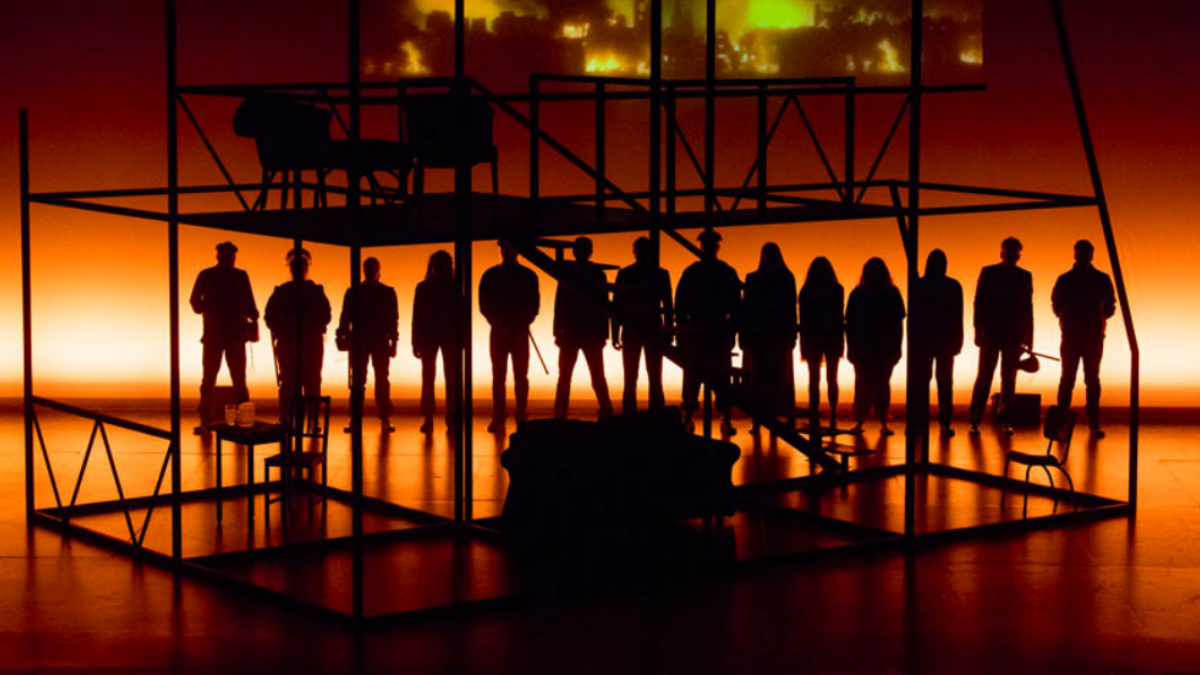 While no program or faculty has been left untouched by the sweeping changes brought on by online learning, performing arts programs like Music and Theatre face unique challenges in the transition. Theory and classroom work are necessary, but a key part of performing arts education is, well, performing.

Large group collaborations like plays or orchestras are essential to these programs and they must now find a way to achieve the same goals in a significantly more isolated and digital landscape.

“It is definitely a lot more difficult over a laptop than in person” said final year Music Performance student Wren Hall.

Zoom’s audio capabilities are more than adequate for students pretending to listen to their professors, but picking up the intricacies of French Horn via a laptop microphone or airpods can be a challenge.

“Not only does the sound of the instrument not come through but if you have technical issues you’re missing the tone. You don’t get the same quality as you would in person

Practice has also been a challenge. “I lived in a basement apartment and I didn’t want to necessarily be bothering my neighbors five hours a day practicing.”

“There’s that barrier. I know the practice rooms [on campus] are open but at the same time do I want to go there? Go through the whole process of checking in, sanitizing everything? “ he asked frustratedly.

The performing arts were hit hard when the government initially announced social distancing measures in March. The Fine Arts department cancelled or postponed all its plays, concerts and symposiums. These events are the crowning jewel for many students, a last hurrah before saying goodbye to post-secondary education.

While Wren was not personally affected he saw just how difficult it was for his colleagues.

“You work three or four years, you’re preparing for that because it’s sort of your examination […] It’s really hard when you spend all this time working up to something and it gets thrown away because of something out of control.”

Online school has thrown a wrench into program planning for many. “For instance in the performance stream you have to take technical portfolio work to graduate but obviously with the restrictions on shows that’s not possible right now.” said fourth year performance major Cole Fetting.

Kacie Hall, a third year Drama Performance major with a focus on directing and acting, postponed some of her directing courses to avoid taking them online. Kacie, and many of her classmates, had reservations about how the semester would play out without the ability to meet and perform in person.

“Theatre at its core is about the relationship between the performer and the audience [..] so I think a lot of us were really nervous when this all started.”

Beyond the performances, students have also missed the communal atmosphere being at the university offers. The 4th floor “basement” of the Fine Arts building serves as a hub for performing arts students to catch up with one another between classes and the lack of that kind of space has been difficult.

“It’s been really tough not having that exchange of energy between people because I think as artists we are so people oriented in our field. Even though you’re talking to someone through a camera you’re still lacking that presence that being in the same room as them provides” said Kacie.

Despite the challenges posed by online learning the constraints have pushed some to be more creative and explore ideas they would not usually be able to.

“We’re moving into things like individual work, being able to explore individual performances and what you need as an actor just by yourself a lot more than we’ve been able to in the past.”

I’m in the drama program’s mainstage performance for this semester. It’s called Identuality. It’s all about sexuality [and] gender identity and it’s a completely devised piece. We’re creating it from scratch so that it can be online and be done effectively online,” said Kacie with an unmistakable tinge of excitement.

Kacie is also president of the Theatre Arts Society, a club on campus that aims to represent theatre students both academically and socially. Like everyone else, the club has had to get creative about how it fulfills its mandate.

“We’ve come up with some really awesome new ideas that we would never have considered had we been in person. We’re starting a mentorship program between first year students and students who have already been at the university” she said.

The students acknowledged the efforts of the university and their various departments to accommodate their learning given the circumstances. Things like keeping practice rooms open and offering to move the grand piano to another location off campus for students to access have not gone unnoticed.

“I think they’re giving the best opportunities they can,” said Fetting.

“It’s really hard to criticize them because I know that there’s only so much that they can do in this situation, especially being in this sort of field where it’s very in person and hands on,” said Wren.

In an ideal world, a return to campus would be welcomed, the reality of COVID-19 means there is nervousness around returning.

“I don’t know personally if I would want to risk my health for the benefit of my education,” said Wren.