This article was written by Sorcha Deheer

The FLQ crisis, also known as the October crisis, was a defining point in Canada’s history. Canadians saw their rights and freedoms stripped almost overnight; the only time the country has ever done so outside of a world war. People across Canada were arrested and detained without cause and fully armed Canadian soldiers became a common sight for Quebec residents. The chaos ensued after Pierre Elliot Trudeau enacted the War Measures Act in response to the rise of the Front de Libération du Québec (FLQ).

The FLQ was a Quebec separatist organization created in 1963 by Raymond Villeneuve, Gabriel Hudon, and a Belgian, Georges Schoeters. While the organization became well known, they were not created in a vacuum. Similar organizations founded on french independence and resistance helped to create the FLQ. The founders based their ideologies on the radical elements of the Comité de libération nationale and the Réseau de résistance. The Rassemblement pour l’Indépendance Nationale, formed around the same time, would become the precursor to the Parti Québécois. Quebec was undergoing major economic changes, which often leads to uncertainty and resistance.

The crisis began when FLQ activists planted bombs in the mailboxes of three federal armories and in an affluent Anglophone neighbourhood of Montreal. The group wanted to destroy symbols of English dominance. These attacks were followed by the theft of weapons and cash, resulting in the death of several people. The arrest and sentencing of FLQ members only bolstered their resolve. Throughout the next few years the FLQ would attempt to infiltrate union organizations and set off several more bombs. The failed infiltration of unions was likely motivated by the group’s communist ideologies.

The FLQ’s violent activities would culminate in the kidnapping of British trade commissioner, James Cross and Pierre LaPorte, Minister of Immigration, Manpower and Labour. The War Measures Act (WMA) was called by Pierre Trudeau and anyone suspected of supporting the FLQ were arrested. James Cross was eventually released but Pierre LaPorte was found dead in the trunk of a car, making him the first and only Canadian politician to be assassinated. LaPorte’s death came after failed negotiations between the Liberal government and the FLQ. After LaPorte’s body was found, RCMP investigators were able to infiltrate the organization and arrest most of their leaders. Some fled the country but were eventually returned to face trial. The FLQ turned out to be a relatively small organization and would disband by 1971.

So where does the U of L fit it? The WMA prohibited anyone from reproducing the FLQ manifesto. In retaliation, student papers all over the country published some or all of the document. Regardless of the current crisis, many Canadian were uncomfortable with the extreme measures that the WMA granted to the federal government. Publishing the manifesto was one way to voice that discontent. The Meliorist contributing editor Allan Wilson commented that, “we weren’t terrorists, or in sympathy with their methods, but we felt U of L students should be able to read what the FLQ believed so students could decide for themselves.”

Only hours after the edition was released, Meliorist staff had gathered up what copies were left and kept them in their office. The next day, on October 17, 1970, Wilson received a notice that he was being arrested and charged with terrorism. In response to this news, the copies were redistributed and Wilson 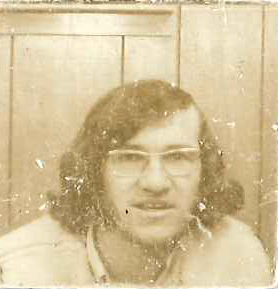 Allan Wilson, former U of L student and Contributing Editor for The Meliorist

was appointed Editor. Later on a deal was brokered saving Wilson from jail time on the condition that the manifesto not be published again and all remaining copies destroyed. Wilson later stated that “I contemplated resigning at the time, but decided the matters at stake — freedom of the press, martial law, Quebec politics — were too important to ignore.”

A teach in on civil liberties and the FLQ was held by the U of L on November 4 and 5, a common method of academic activism during the 1970s. The Student’s Union voted to fire the  staff at The Meliorist but they all kept their positions because no one else wanted to run the paper. This October marks the 50 year anniversary of the FLQ crisis. We remember the violence and loss of life but also the decisions of an out of control government. The WMA was scrapped in favour of the Emergencies Act, which gives more specific and restrictive powers to the government. We have re-printed the manifesto as well as follow up editions of The Meliorist that dealt with civil liberties, teach-ins and the FLQ.

You can check out more images from this event in our September/October issue here.

Avec toi... Je suis Par Vanessa Bowen Avec toi... je peux Tu es toujours là En personne ou en esprit Me rappelant de continuer Tu...
Written by: Laura Oviedo-Guzmán On February 23rd, 2022, Minister of Advanced Education Demetrios Nicolaides released an article titled “Committing to safer campuses.” Here he addresses...
Written by: Andres Salazar Video games are an excellent way for us to escape our daily lives and travel to new worlds and explore the...
Written by: Benjamin Wiebe As the days get shorter, the television will light up the living rooms of most houses as soon as the moon...
Written by: Shawn Funk One of the goals of environmentalism is to harmonize civilization with the natural environment. Through sustainable practices, it is thought that...
The Impact of Fast Fashion, and the Importance of Sustainability: Introducing the Cost-per-Wear Formula Written by: Hannah Kuipers In 2013, Rana Plaza collapsed, an eight-story...