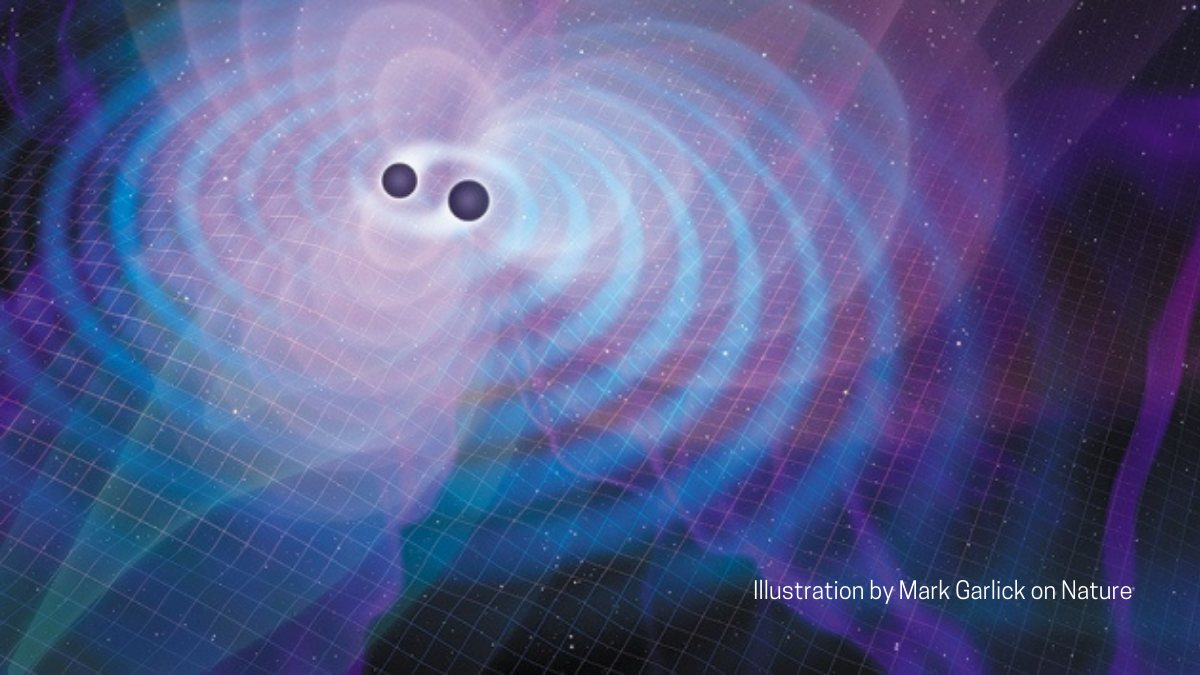 Much like quicksand and lava, black holes might’ve been something you thought would be much more relevant to your life as a kid. Bordering on fantasy, these ever-consuming voids certainly feel more like something we see in the latest Sci-Fi thriller than hear about in the news.  Just last month however, scientists have reported the detected collision of two such colossal entities on an unprecedented scale.

In the mid 1980’s Dr. Bernard Schutz, a physicist at the University of Cardiff, UK, came up with a novel solution to a long standing astronomy problem of “how to measure the distance between earth and other objects in the cosmos”. Prior to his hypothesis, astronomers have relied primarily on object brightness as a rough gauge, a convention that carries endless complications when considering the distortions of space, and the various brightness of stars. Schutz’s theory postulated that if we could detect gravitational waves emanating from interacting pairs of distant objects, a much more accurate prediction could be made by scientists on earth. Gravitational waves were first proposed by Henri Poincare in 1905 as disturbances in the curvature of space-time generated by accelerated mass, propagating as waves similar to electromagnetic radiation. Said waves are also predicted by Einstein’s theory of relativity and if proven would discredit Newton’s universal law of gravitation. However, due to technological limitations, it wasn’t until February 2016 that the Advanced LIGO (Laser Interferometer Gravitational-Wave Observatory) Project* reported the first gravitational wave signal in human history, the result of a collision between two black holes.

Stuart Shapiro, a specialist in computer simulations of relativity at the University of Illinois called this unprecedented event “the most significant confirmation of the general theory of relativity since its inception”. Alluding to the wealth of evidence it provided for Albert Einstein’s century old theory.

So what do scientists think happen when two black holes collide? Going off the 2016 article from Nature magazine, the collision begins with regular oscillations of the two entities in near perfect circles. As the black holes move closer, the oscillations speed up, resulting in the gravitational waves detected by the LIGO. The rate of acceleration of these black holes from 15 to 250 rotations per second reveals their mass until the signal abruptly dies off, signaling that they’ve begun to coalesce into a new, stable entity. The two black holes in this initial event were estimated to weigh around 36 and 29 times the weight of our sun, resulting in a new black hole weighing in at approximately 62 solar masses.

“I find it really hard to believe that the Universe is really doing this stuff. But it’s not science fiction. It really happened”

The LIGO team has since set up near-real time alerts to more than 70 teams of astronomers around the world, allowing them to aim their respective optical, radio and space based telescopes at the events in anticipation of any electromagnetic radiation.

Last year on May 21st, 2019 the LIGO astronomers detected a much more powerful, distant collision that produced a new body of nearly 150 solar masses.  Theoretical astrophysicists have found the discovery to be “wonderfully unexpected” due to the fact that one of the two behemoths weighing in at around 85 solar masses was thought to be too large to participate in this kind of event.

Black holes are typically formed via large stars collapsing under their own weight when they run out of fuel to burn. However, black holes in the range of 65-120 solar masses are thought of as forbidden due to a phenomenon called pair instability that occurs when stars of a certain size range die, effectively ripping it apart in a disintegrating explosion.

The discovery has prompted a few theories about unconventional black holes and their origins, as well as discussions on primordial black holes born from the Big Bang event. Definitely a story for space fans keep up with on their own, as many more developments are sure to come.

*The Advanced LIGO project is one of the most ambitious astrophysics projects to date, primarily funded by the United States’ National Science Foundation with contributions from the UK, the Max Planck Society of Germany and the Australian Research Council. Work on the LIGO detector led to the awarding of the 2017 Nobel Prize in Physics to Rainer Weiss, Kip Thorne and Barry C. Barish for their contributions.