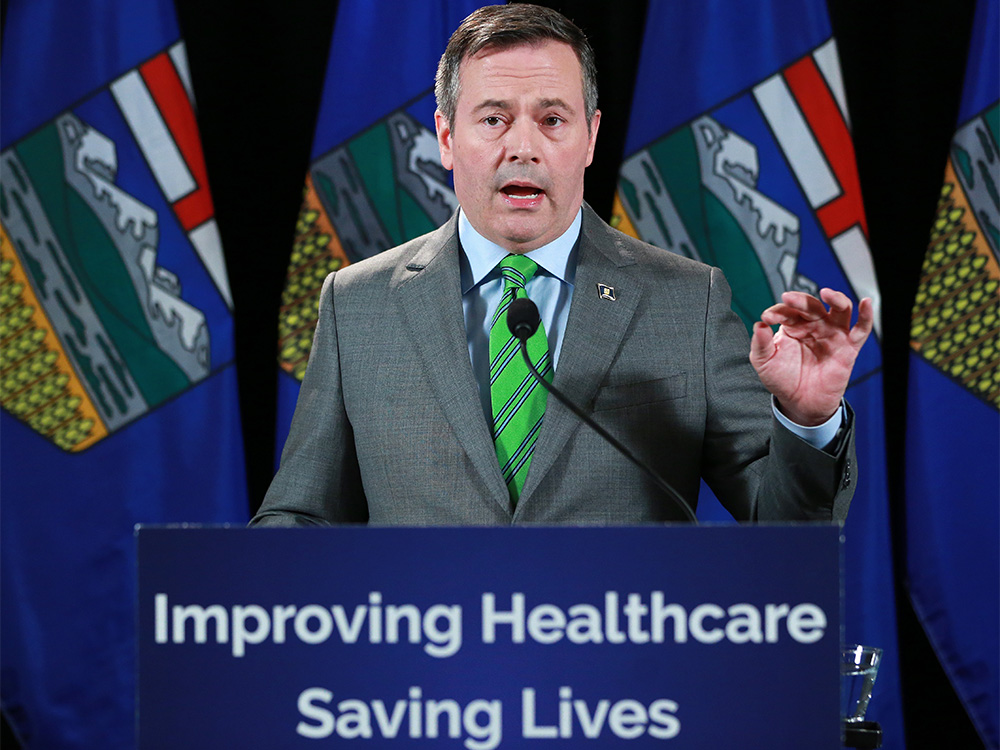 Last month the United Conservative Party released a $2 million audit of Alberta Health Services done by Ernst and Young. The audit claims that there is up to $1.9 billion in “savings” to be found in the organization. In order to do this, AHS would be required to cut public funding for surgeries of “limited clinical value.” The so-called “unnecessary” procedures include tubal ligation (female sterilization) and breast reduction surgery. Instead of surgery, the audit recommends “alternative therapeutic approaches.” Interestingly, the report still deemed male sterilization medically necessary.

Other recommendations include changes to work rules and pay for doctors and nurses, expanded use of private clinics, and outsourcing services such as laundry, linens, food services and housekeeping.

Official opposition leader Rachel Notley criticized the decision on Twitter, “So according to the primarily male UCP brain trust, some great places to cut #AHS #healthcare costs include making women travel from their communities to deliver a baby, delisting tubal ligation, carpal tunnel surgery and breast reductions.” Notley also notes that one of the hardest hit jobs have been nurses, a predominantly female occupation.

When we think of birth control, we don’t always consider the option of sterilization, unless you are one of the thousands of women denied the option because a doctor believes you might change your mind or aren’t “old enough” to make that decision. Some women are made to complete a psychological evaluation before a doctor will proceed with the surgery. While not legally necessary, many doctors still require the consent of your spouse before doing the operation. Dr. Dustin Costescu, Family Planning Specialist in the Department of Obstetrics and Gynecology at McMaster University, is one of several doctors who runs a reddit forum on the topic and blames that discrimination on “well intentioned paternalism and inherent gender bias.” Doctors may also refuse to make a referral to a willing physician. It harkens back to the 1960’s when doctors were able to micromanage women’s lives by deciding who they prescribed the pill to and who they didn’t. While the province may save money by limiting tubal ligation surgeries, it will seriously impede the ability of people with a uterus to determine the best birth control option for them. Tubal ligations aren’t always much of a choice either. The surgery can be life saving for people who experience pregnancy related complications, endometriosis, tokophobia and other complications. Breast reduction services can also be life altering for many people. Large breasts can cause debilitating neck and back pain, skin irritation, and problems with posture. Without reduction surgery, many physical activities are difficult or impossible. Men can also experience gynecomastia or enlarged male breasts that require surgery.

On top of limiting access to birth control, half of the 83 regional hospitals in Alberta will be “reconfigured to get more value for money.” The results would mean longer wait times and travel distances for pregnant women. The cuts would disproportionately affect Indigenous communities who already face difficulties accessing health care. Coupled with the unavailability of midwives and doulas around the province, women in rural communities would face significant challenges giving birth and receiving post-natal support.

Anyone thinking about undergoing a sterilization procedure can contact Planned Parenthood Canada, and the Lethbridge Sexual Health Clinic. Below is a chart that details some methods of birth control available. Please contact your doctor to discuss your options.