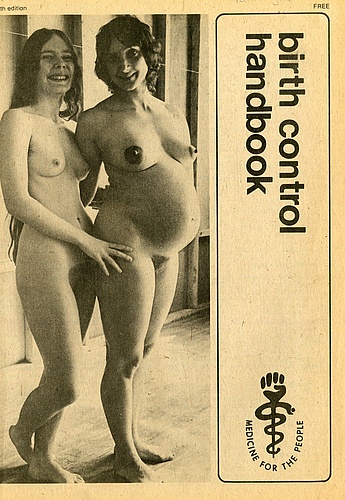 The 1960s are remembered as a decade of turbulence. At once, post-war ideas of nuclear family suburbs existed alongside a growing counter-culture rife with educated women and “long-haired freaky people.” If anything at all, the decade stands as a testament to inter-generational discord. Spanning into the 1970s, the ’60s came to be known as the cornerstone of second-wave feminism. Alongside increasing gender consciousness was an evolving understanding of class. The black power movement was born, and Canada was faced with the uncomfortable realization that just like Uncle Sam, they too were guilty. Since World War Two, Canada had assumed a greater presence on the world stage. As a political entity, Canada engaged in peace-keeping activities. In response to the cold war, the country attempted to cultivate a wholesome demeanour. Socially, student power movements led to anti-war riots and feminists burned their bras in public. Despite such immense change throughout the 1960s and 1970s, significant attempts were made to maintain the status-quo through legislation and media. Evidence from The University of British Columbia’s student newspaper, The Ubyssey and Montreal inter-racial adoption records suggests that systemic changes lagged behind social transformations.

Second-wave feminism developed alongside the civil rights movement and American imperialist tactics in Vietnam. The focus on equality and justice could be seen in the revolutionary undertones of feminism. Central to the discussion was the origin and nature of women’s oppression. The suburban family structure and the very institution of marriage itself came under heavy scrutiny, as they symbolized the erosion of bodily autonomy and reproductive control. Three main streams of thought emerged during this period; mainstream, radical and cultural. Mainstream feminists were primarily concerned with integrating women into the power structure. The goals included placing women in positions of power, increasing employment equality and providing workplace benefits for mothers. In contrast, radical feminism advocated for a complete overhaul of the social and political system. Advocates heavily critiqued the patriarchy and believed that oppression was too deeply rooted in society to be unravelled. Radical feminism would eventually give rise to Marxist and socialist subgroups, among others.

By 1960, the post-war baby boom had started to affect Canadian society in a very visible way. Universities experienced a drastic increase in enrollment, particularly women. The University of British Columbia had the highest enrollment numbers across all of western Canada by 1970.  Despite the increasing number of educated women entering the Canadian workforce, feminism, and the sexual revolution, university education for women was often correlated to their ability to become better mothers. The better a woman was prepared for family life, the better she would be able to promote the revival of the white, Anglo-Saxon race. With an increasing promotion of the ideal mother, there will inevitably be a discussion of the opposite. While middle-class white women were being heralded as saviours, poor and racialized women were seen as detrimental to Canadian society. The age-old racist ideas that plagued black communities in North America argued that these communities were responsible for overpopulating Canadian society with undesirable children. In Montreal, the adoption of non-white babies was becoming more socially acceptable, and as Karen Dubinsky shows, there was an increasing awareness of racial prejudice among Canada’s upper class. Systemically, however, North American governments pursued eugenicist population control tactics. The use of Norplant in the United States shows the sometimes-aggressive nature of these policies. Population control and assimilation were carried out in Canada in the form of the 60s Scoop and the difficulty black families faced to adopt black babies.

With feminism came the sexual revolution. Much like the second wave, the sexual revolution applied only to white, heterosexual and often middle-class Canadians. The power structures inherent in heterosexual relationships gained attention, however, widespread shifts in thinking did not occur right away.  What it meant to be a woman and how you got there began to shift, however, pre-war ideals continued to be espoused through magazines, propaganda and health advice. The Birth Control Handbook, first published in 1968 and distributed across Canadian campuses, provides a glance into the complexities of birth control, gender norms and the sexual revolution. Under a heading titled “The IUD and Genocide,” The Birth Control Handbook discusses the intentions of western governments to use the semi-permanent device to control the populations of Asia, Latin America and Africa because “the growth of populations…represents a threat to the power and world dominance of such countries as the United States.” Much like abortion, birth control became available in stages. The goal of achieving a manageable birth rate made contraception an acceptable political goal. Despite being finally marketed as a prescription contraceptive in 1960, only married women were able to access it. Single women could get a prescription later on if their doctor deemed them mature enough in their relationships, essentially micromanaging women’s lives and sexuality. The Ubyssey content suggests that doctors generally followed the law, greatly restricting access to the pill. Federal laws regulating the sale and promotion of birth control (including abortion) and the unwillingness of the medical system to promote equality suggest that systemic change lagged far behind the emerging acceptability among young Canadians. Similarly, the Canadian government had little interest in promoting birth control on the basis of women’s liberation but rather as a racist population tactic.

Alongside second-wave feminism and the sexual revolution, or perhaps in response to them, emerged a white, male-dominated rejection of the “breadwinner ethic.” The idea was that it was the responsibility of men to marry and provide for a family. Altogether, students were rejecting the politicization of sexuality and contemporary religious morality. By looking at articles written by The Ubyssey staff and letters to the editor, it is evident that the increasing availability and acceptance of female birth control contributed to the over-sexualization of single women. A playboy, a bachelor-style worldview saw the pill as a means to objectify women, because men no longer had to worry about the possibility of children.  In this case, the social transformation took a negative spin that would have second and third wave feminists working harder than ever to disentangle female sexuality from male self-interest. Instead of challenging institutional norms and value, traditional forms of sexism and religious ethics were being replaced by a different but equally destructive ideology.

The 1960s is a prime example of how national memory often clashes with historical events. It’s true that huge steps for women were made during the decade and racial discrimination was being challenged, however, these steps were made parallel to systemic attempts to maintain the status-quo. Eugenicist population tactics, sexist medical laws and racist social services policies put a stain on the generally upbeat memory of the 60s. It turns out, free love wasn’t available to everyone. The Birth Control Handbook interprets coitus interruptus as “being careful,” which succinctly sums up the response of the Canadian government in the face of raging feminism and shifting gender norms.