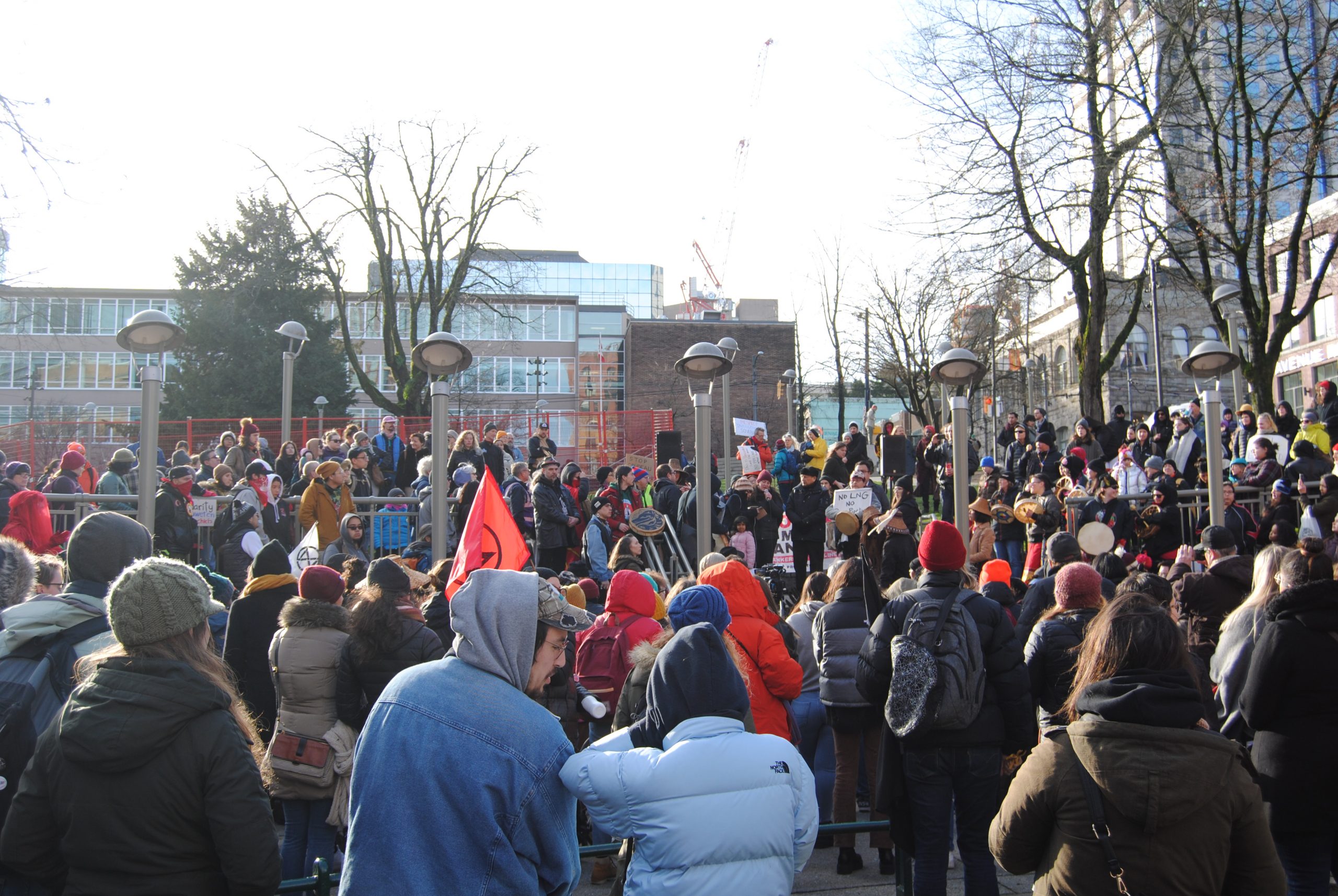 This article was written by freelance contributor Chris Millard

With Wet’suwet’en, Canada currently faces its biggest challenge of reconciliation to date. Before going any further, I would like to state that I do not speak for the Wet’suwet’en nation. I do not speak for any Indigenous nation. They are not homogenized. They are sovereign. They have their own laws, practices, and interests. It is my responsibility as a white settler on Treaty 7 territory to learn more about Indigenous ways of life present in this region—and every region—and to respect their practices.

There are blockades on railways across the nation, shutting down CN Rail in parts of the country for the time being. This is an effective protest; shut down Canada until the proper criteria of reconciliation is met. However, since the 2015 Calls to Action from the Truth and Reconciliation Committee Report, reconciliation seems to be a catch-all term. It means many different things to many different communities. In my experience, the majority of white settlers are alarmingly uninformed. This is where the Canadian state is currently failing in meeting those standards.

Throughout the latter half of the 20th century, the Hereditary Chiefs of Gitxsan and Wet’suwet’en had proposed a land claim stating that 58,000 square kilometers of northern B.C belonged to their nation(s). Proposed court cases had been thrown out and rejected several times by the provincial court. It finally went to the Supreme Court of Canada, and in the 1997 case of Delgamuukw vs. British Columbia, it was ruled that their right to Title of the land is legitimate. The courts heard 61 people give oral testimonies to prove Title existed. Aboriginal Title on unceded territory was a newly formed concept. It means that they have the right to decide how the land will be used, the right of enjoyment and occupancy of the land, the right to the economic benefits of the land, and the right to proactively use and manage the land. Aboriginal Title became protected under Section 35 of the Canadian Constitution in 1982.

The Coastal GasLink pipeline (CGL) is a proposed natural gas pipeline owned by TransCanada Energy (TCE). The project proposes a pipeline extension from Dawson Creek, B.C. to Kitimat, B.C., in order to transport natural gas to international markets via the Pacific Ocean. TCE claims that they have consulted with the affected First Nation communities in the area and have received consent to build the pipeline through their territory. Those who have granted consent are mostly Elected Chiefs/Band Councils of the area. The Hereditary Chiefs proposed an alternative route to TCE, but TCE said it would cost them more money and create more environmental risk if they were to abandon the initial route. TCE still has not received valid consent to build the pipeline on Wet’suwet’en territory.

Alberta Premier Jason Kenney, among other politicians, has been milking this allegedly successful consultation on Twitter for weeks. Of course, he’s playing to his brand to promote Canadian energy, but he’s doing so in a way that completely disregards the will of the Hereditary Chiefs. The reason for this can be traced back to the Indian Act of 1876. The Indian Act is a piece of legislation intended to assimilate Indigenous Peoples into Canadian society by stripping them of their cultural practices. Though provisions have been made, this Act is still in legislation. Among many problems, one of the biggest issues with the Indian Act was that it homogenized Indigenous groups, abolishing their autonomous practices and laws by forcing them to abide by colonial rules and ideas.

“Among many problems, one of the biggest issues with the Indian Act was that it homogenized Indigenous groups, abolishing their autonomous practices and laws by forcing them to abide by colonial rules and ideas.”

The Elected Chiefs/Band Councils were created under section 74 of the Indian Act. They are elected every two years and are supposed to represent the interests of their community. Hereditary Chiefs are a traditional practice of Indigenous governance. Though not every First Nation has them, they act as protectors of the land and their people. They are not determined by an electoral process. The main point here is that the Elected Chiefs were put in place by colonial rule, and since the Indian Act was somewhat successful in its intentions, that system of governance is now the only form of representation that the Canadian state see’s as legitimate.

Pipelines are a divisive issue in the age of the climate crisis. Although a lot of opposition to CGL is for environmental reasons, that is not entirely what this is about. The blockades set up on railways standing in solidarity with Wet’suwet’en Hereditary Chiefs are standing up for their sovereignty. This is an issue around who the Canadian state does and does not see as a sovereign nation. Once again, it has been proven in Canada’s highest court that Wet’suwet’en is a sovereign nation. Every time the RCMP steps on their territory, they’re technically invading.