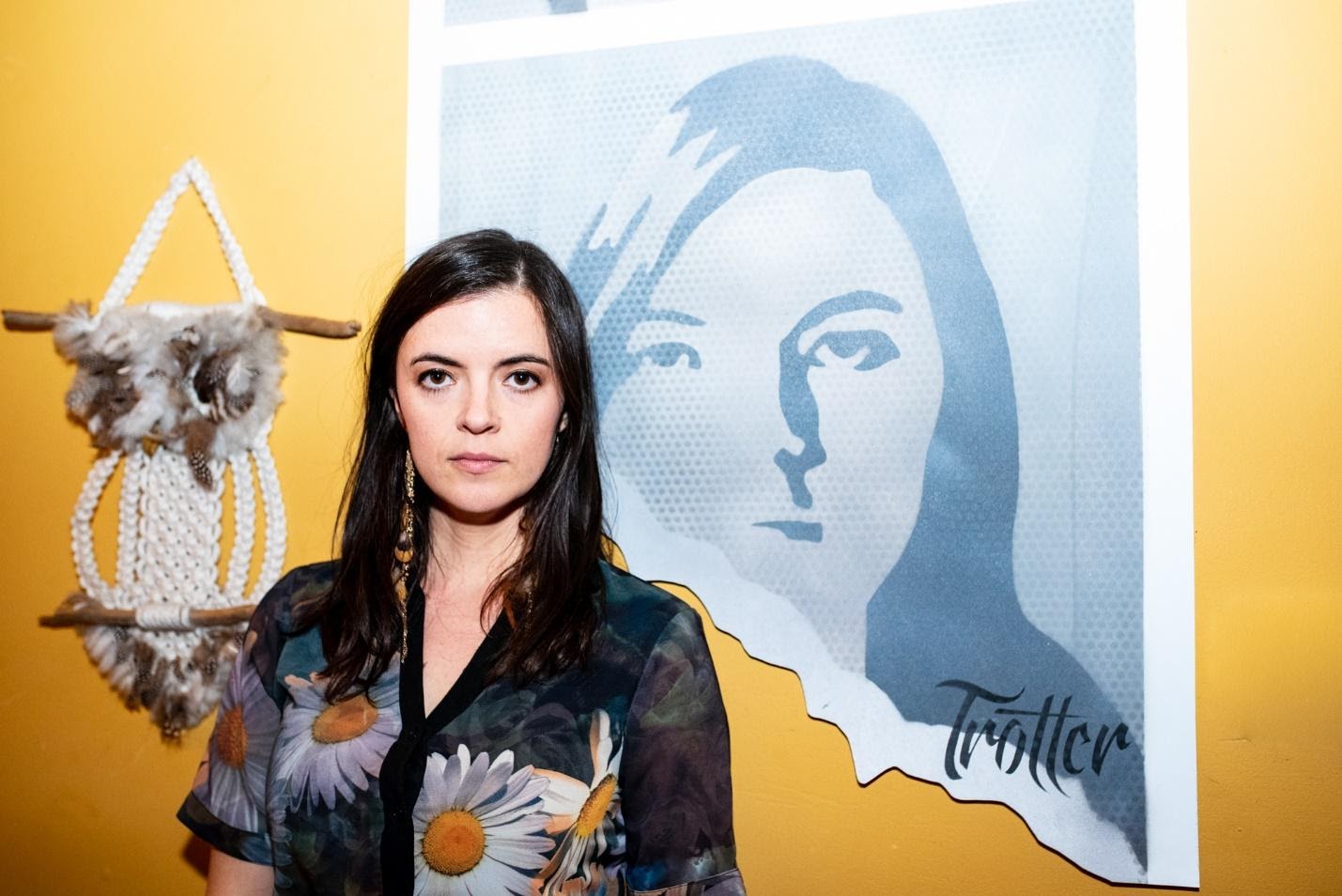 Attention for print readers: A few changes have been made post-publication. In the title, ‘can’t’ has been changed to ‘can,’ and ‘heavy rift German music’ should be ‘heavy riff-driven music’. We apologize for the mistake.

Megan Brown is a long-time musician in Lethbridge playing, like many others here, with more than a handful of bands. Brown has an affinity for folk, blues, grunge and doom; all of which are reflected in her upcoming album “Lady Misery.” I had the chance to talk to Megan about her music and her career. Below is an edited version of that interview. Check out her band Makiisma at https://www.makiisma.com/ and watch for updates on tour dates later this spring.

What is the composition of the band?

There’s four of us. I sing and play guitar, then we have Kieran Swinny who plays bass. T.J. Waltho is keys and on the drums is Keenan Pezderic.

Do you have an album coming out?

In late March we are releasing our first album called Lady Misery. Recording is all done so now its going through the process of mixing and mastering and album art.

What are your major influences as an individual musician or as a band?

Originally, I trained as a classical violinist since I was three. So, definitely there is that early classical influence.A lot of our music has a lot of tempo changes and key signatures and I think that definitely came from that early influence. I really connect with music that is kind of raw and grungy, whether it be actual 90s grunge or just things that are very emotive. I would say it’s sort of a combination of Black Mountain and then a bit of the new Death Gospel movement like Chelsea Wolfe for sure and then good old Portishead.

When did your music career start and how did you change from classical to vocals and guitar?

So, it would have been when I was 16, I had a friend and she played guitar and we were like “let’s start a band!” Our first band ever was called Willomina. We played some open mics. We went to L.C.I so we did the school rock concerts. Some grungy open mics to start and from there I started playing more in the folk rather than classical vein. That’s the thing about the Lethbridge community, it’s very connected, so one person sees you play and they’re like “hey, want to play in this band?” and it kind of grows from there.

What’s the story behind your current band?

Makiisma started three years ago. I had all of these songs that I had started writing. I kind of went through a phase. I did the high school thing where I’m going to write songs that no one will ever hear again because they are not really that good. Then I took a break and thought I’m not a songwriter, I’m just a player, and a friend of mine actually challenged me. He came up with a chord progression and said, “write lyrics to this.” He said, “you can do this,” and I realized that I can. All of a sudden, I had 15 songs I was sitting on and I wanted to start a band, then found some people to play with.

Are all of the songs on the album original?

Yes, they are all original, the 9 songs.

Is there a story behind the album or does it have a certain theme?

So, all of the songs, I tend to write in a lot of different styles, but all of the songs definitely fall into that doom folk. Pretty heavy heavy riff-driven music and a lot of the material just encapsulates my life in the past two or three years. There’s been some pretty major changes you know, starting of relationships, ending of them. I did some travelling in there, I went to Peru and Columbia for four months and so some of the songs were actually written while I was away, and they have some of that Spanish influence in them. It’s kind of just about me trying to figure out my place in life or where I was at and what was happening right now.

The album is deeply personal and through my songs I explore the last few years of my life living with and surviving mental illness, travelling the world while at the same time trying to find my place in it, and exploring the ups and downs of my personal relationships.  The song Fickle was my contribution to the #MeToo movement.  While it was written before the start of the movement, I feel the song is strengthened by the voices of others coming forward to tell their stories too. I think it is empowering to know that we can take the hurt that others have caused us and shape it into something meaningful, that is the importance of music and art.

A lot of times I start with a melody. Sometimes a melody will just pop into my head and I’ll record it and visit it later. A lot of the songs start that way. Sometimes I’ll be fooling around on the guitar and I’ll come up with the rift and I’ll be like “oh, I should put lyrics to this.” So it kind of varies.

What has it been like being a musician in Lethbridge?

It’s a small city and a small scene but it’s also very close knit and there’s a lot of support there. So, even in recording this album, we are trying to book shows and stuff. There’s been so often I’ll reach out with a question and all of the time people will say “I don’t know personally but I’ll put you in touch with this person or this person.” So it’s been very supportive in that way. Even in the metal scene, there’s a lot more metal shows being put on. Titanium productions have done a lot in that vein.

I’ve been involved in some way for about ten years, playing in different bands and it is neat to see the development. There’s always a nice influx of people from the university coming out and playing and different venues like the Firehall. Also, I think as a community, I think downtown has really grown. You’re seeing more during Pride, there’s a lot more events happening. You see more of that coming into the music scene and being more inclusive. You have the Lethbridge Girls Rock Camp now, which is encouraging more girls to get into playing. It’s neat to see that development in the community.

Do you play solo or in any other bands?

I’m a Lethbridge music scene member, so I play in like 300 other bands. I play violin in a band called Junkman’s Choir and we have been a band for about ten years, and we do a lot of folk and traditional. We are doing a Robby Burns night show at the Ship and Anchor in Calgary and at the Owl.

I play with Don Castle. He does a lot of very big, bluesy stuff and I play harmonica and fiddle. Then just kind of here and there.

If you could collaborate with any artist, who would it be?

I guess I would say Kimberley MacGregor, she is an Edmonton based singer/songwriter. We have played together a bit before and she’s just got a huge voice and very bluesy sound.

What are your favorite or least favorite parts about being a musician or being involved in the music scene?

I guess my favorite parts are just being able to play; you have a good show and it feels good and you’re pumped up. I really like the feeling of performing. I think a lot of musicians do it because you like it but it’s almost like a need, it’s something that I feel is a part of me and I need to get out.

The least favorite part or the part that gets glossed over is all the time spent in front of a computer. You’re kind of your own advocate, you’re your own manager, you’re your own booking agent a lot of times if you’re an indie artist. A lot of it feels like sending out email and hoping to hear back.

What is your favorite song on the new album?

I really like the last song, it’s called Fickle and it’s a very long song. It has a lot of changes in it. I think it ended up being about 7 minutes long so it’s definitely not a radio play song.

Will you be doing a tour?

Yeah, so in late March and early April we will be doing Edmonton and Calgary. A couple weekends around Alberta and into B.C. Trying to get some festivals and such this summer.