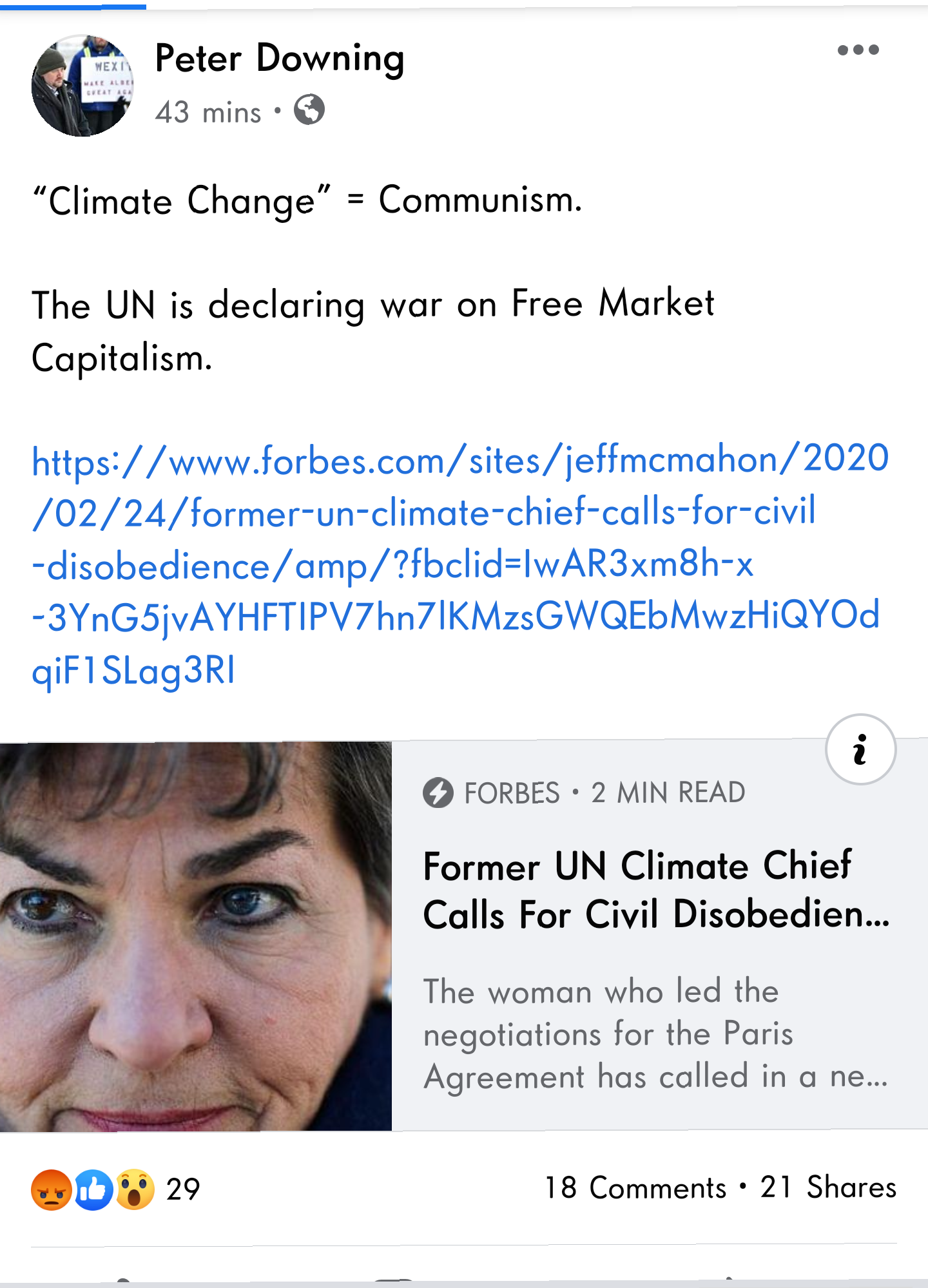 In response to a Forbes article about former United Nations Climate Chief, Christiana Figueres; Peter Downing relates climate change to communism. Climate change, or the “climate hoax”, according to Downing, has in some ways been sensationalized by the media. Capitalism has dug its hands deep into the bowels of well-meaning people who believe that ethical consumption is possible. Cheap products claiming to help you save the planet abound. These are not, however, reasons to disregard the vast majority of climate scientists or common sense for that matter.

Correlating climate change to communism is, in itself, nonsensical. It hearkens back to the cold war era where everyone and their dog were accused of being communist sympathizers. So what is communism? The political-economic theory aims to place the control of resources in the hands of the community, rather than the individual. Wealth is distributed equally and excesses are minimal. Workers would still be paid in relation to their work ethic, but in essence, all citizens would have enough to live comfortably regardless of their status. In the last century, communist theory has been used by dictators to rationalize massive human rights abuses. The word leaves a bad taste in the mouth of even the most ardent socialists.

Traditional communist theories really don’t talk much about the environment, except in terms of extractable resources. Capitalism and communism both see the environment as a source of wealth, rather than something to be protected. The only difference is who they think should control it. Until recently, political ideologies focused very little on environmental protection. Canada only started thinking about protecting resources in the 1960’s. So why are right-wing climate deniers so bent on communism? In short, the term has become a catch-all for everything and everyone they don’t like. Social assistance: communism. Health care: communism. NDP supporters: communism. It has long been a fear-mongering tactic used to sway people to a cause. If nothing else, Downing’s post shows that he has little understanding of political theory and has subscribed to an ideology that sensationalizes fake news.

Look out for an interview with Peter Downing on the Wexit movement in our March issue.