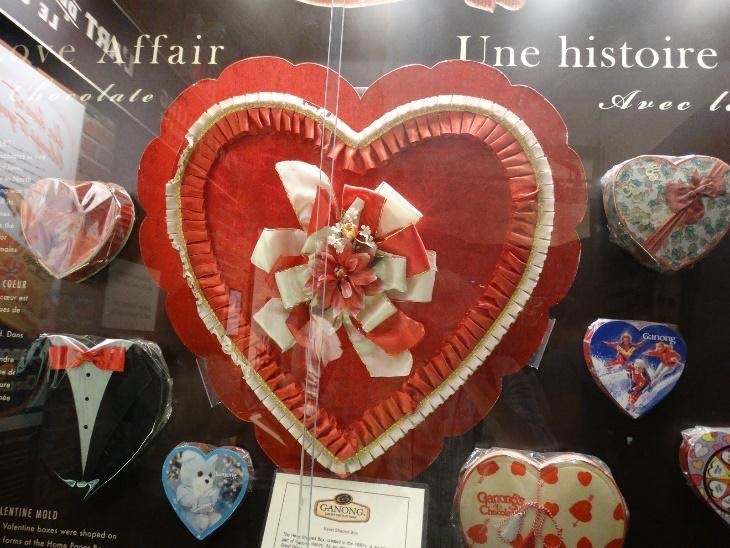 This Month in History: A Bloody Sacrifice and a Sweet End

Like many of our holidays, the history of Valentine’s day is steeped in mystery, legend, violence, and sprinkling of facts. The now Hallmark-era festivities likely trace their lineage back to pagan Rome. The festival of Lupercalia was held annually on February 15 until the 5th Century. The exact origins of the Lupercalia are unclear; however, it is possible that the festival was held in honour of the wolf who nurses Romulus and Remus, the infant nephews of the ancient King Amulius. The festival used to begin in the cave where the wolf lived, called Lupercal before continuing in the open-air of the Comitium.

A sacrifice of male goats and a dog was performed by Roman priests known as the Luperci. Two of the naked Luperci then had their foreheads smeared with the blood of the animals using a sacrificial knife. As the Luperci laughed, the blood was wiped away with a milk-soaked piece of wool. The hides of the sacrificial goats were cut into strips or thongs and used to whip any women within striking distance. The lashes were often sought out by women, as it was thought they would make her fertile. It is also speculated that men and women would be coupled together using a lottery system and would often stay together until the following year. While the festival continued well after Constantine legalized Christianity in Rome, the popularity of nakedness appears to have lessened over the years.

Similar to other pagan traditions, evidence suggests that it was easier for the church to Christianise the festival rather than do away with it entirely. The legend of St. Valentine is murky; however, a few interpretations have survived. The most popular story of Valentine is secretly and illegally marrying Christians during the 3rd Century. After being imprisoned, Valentine attempted to convert Roman Emperor Claudius II. He failed to do so and was beheaded on February 14th, 270 A.D. It is also said that Valentine healed the jailer’s daughter’s eyesight after she prayed with him, and before his death, he wrote her a letter signed “from your valentine.” Another explanation was that Valentine married couples in secret to protect the men from going to war. Some historians theorize that there were multiple men named Valentine jailed, or that the legend refers to a Bishop, St. Valentine of Terni.

The commercialization of the holiday began in the 1700s, 200 years after “valentines” were given to loved ones. The use of cards or valentines reached the United States during the 1800s and depicted cupid, the Roman God of love. The association with chocolate began not long after. According to Smithsonian Magazine, “by the time Victoria became Queen in 1837, technology was poised to transform Valentine’s Day into a commercial bonanza. Victorians loved showering their significant others with Cupid-bedecked gifts and cards, but Valentine’s Day was about to get happier.”

Richard Cadbury, whose British family manufactured chocolate, was searching for a way to use the pure cocoa butter that was extracted from the process Cadbury had invented to make a more palatable drinking chocolate. His solution was “eating chocolates,” which he packaged in lovely boxes he designed himself. A marketing genius, Cadbury began putting the Cupids and rosebuds on heart-shaped boxes in 1861: even when the chocolates had been eaten, people could use the beautiful boxes to save such mementos as love letters.”  From then on, up-and-coming chocolate makers such as Russel Stover and Milton Hershey would capitalize on the widening availability of candy and the social pressure placed on men to provide gifts on Valentine’s day.

So, what about the history of chocolate in Canada? Anyone from the east coast is likely to recognize Ganong Chocolates, who began their reign in 1873. The company started at a time when businesses were facing economic hardship and major changes in society. Additionally, chocolate was not available at the cheap prices we expect today. A key component to Ganong Chocolate’s success was Sir John A. MacDonald’s National Policy, and the company remains one of the few still surviving today. Ganong continues to be family-owned, despite offers from competing companies to buy them out. The company produced the world’s first five-cent nut bar, the All-Day Sucker, and the well-known maritime Christmas candy, the chicken bone. For anyone unfamiliar, the chicken bone is a string of unsweetened chocolate covered by bright pink, cinnamon flavoured candy. Even today, the only step in the process of making them is when they are fed into a cutting machine. As for their chocolates, many are still dipped by hand, a nostalgic process that’s almost unheard of today. Some confections didn’t survive the test of time, however. Pepts were chocolate-covered peppermint-cream pies. They came in a roll that looked much like Rolos do today. An excise tax instituted in 1950 proved to be their downfall, since the small pieces couldn’t be subtly trimmed the same way a conventional chocolate bar could.

The company is known for some of its more popular packaging, such as the Big Red Christmas box and its Evangeline art boxes. Evangeline: A Tale of Acadie is a work of literature written by Henry Wadsworth Longfellow about the Acadian deportation. The story came to symbolize the grief and injustice suffered by Acadian people after the French population in Nova Scotia refused to swear allegiance to the British crown. In the poem written by Longfellow, a woman searches for the lover she lost during the deportation, only to be reunited at the end of their lives. Ganong commissioned a painting of Evangeline by John David Kelly to use for their sales and advertising. The image of the Acadian heroine would also have a place on company letterhead until the 1970s. In the 1930’s a heart shaped box was introduced as a Christmas item but soon gained more popularity as a Valentines tradition. Over time the boxes became more elaborate and Valentines day became the single most profitable time of year. James W. Purcell was the vice-president of production at the time and became known as the “Valentine King of Canada” for his dedication to the holiday. According to Purcell, “with all the hatred in the world today, its nice to sell love.”

With such a long-standing history, Ganong’s advertising shows changes in Canadian culture and history. While it certainly is not the only influential candy company in Canada, Ganong chocolates continue to be an important part of the nations history. Interested persons can take a tour of the factory and visit the museum, while tasting some truly remarkable confections along the way. Anyone interested in the finer details of the Canadian classic can read David Folster’s “Ganong: A Sweet History of Chocolate.”