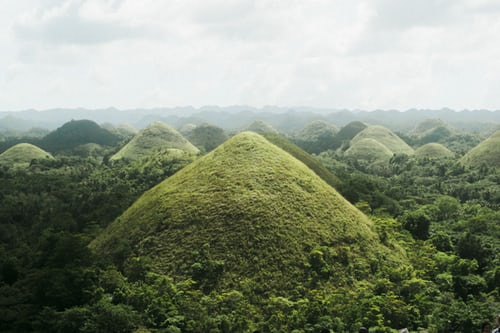 On the corner of 9th Avenue and 4th Street south stands a completely square building. The color has changed many times but the denizens of the less than desirable den of iniquity can tell you of the nooks where the shadows dance, or the texture of the hallway walls under all that paint. The building has a way of creeping into the heads of those who sleep there. It never really leaves you, and just as rarely, someone truly leaves the building.

The building faces out over the hills. The scenic route will lead you right past it. I’m sure all who have lived here long enough to have noticed it. Surrounded by houses it crouches low to conceal its true size. Luring in its victims with the glimmer of cheap rent, and convenient location. I have never felt comfortable with its distance from the schools of this city. Nevertheless, there it sits. At least the outside doors have locks now. I am thankful for that much.

Beneath the surface the walls teem with movement. All hours of the day and night noises can be heard coming from within it. Inside the occupants have the feeling of never truly being alone. The walls are thin, but even with this fact the sounds do not make sense. Almost as if the building is choosing what to show you. A raised and screaming voice coming from the upstairs apartment that can only be heard from the halls, while the clanking of cutlery from two suites down can be heard from your bedroom. The fire alarm goes off frequently, but oddly only at night. So often in fact, that I have known people to not leave when it does. Instead one can see the movement of blinds at night as the inhabitant’s peer out at the crowds.

Those blinds are often replaced with blankets to block light and it is common to shun the outside world when living there. I’ve known people to build an entire social world consisting wholly on the lives found within those walls. Old Marg on the north end for coffee, Dwight on the east for liquor and play. I myself took refuge in the apartment on the east second floor. Being intended as the suite for the groundskeeper, its utilities include being run through for maintenance purposes. Leaving was akin to pulling broken glass from the palm. I had no real reason to go, of course. I simply felt I should. I had lost weight, the color was gone from my face, and so many low and despite people living so close had given my life an air of sadness.

When I did finally leave, I spent a full week squatting in the apartment. For no other reason than I felt I was abandoning the place. I knew I must leave when the drifters and roamers began their nightly visits. Knowing the flat was vacant had drawn in the lonely and the lost. The windows facing the north set above a little roof did not lock. We all knew that. For many years I had grown accustomed to night visitors every so often. It never felt like invasion, for we all shared the space. Now, however, I was being pushed out. I had offended the building and its system was awakened. No empty space was to be left. I would be replaced.

I fear there is something dark in that building. Something unseen and unreasonable. Even with the oppression the abode gives one, I still feel like the building in calling me back. I’ve convinced myself that the money saved will make the move worth the discomfort. But I know that is just an excuse. I want to go back. I’ve already signed the lease on apartment 100.